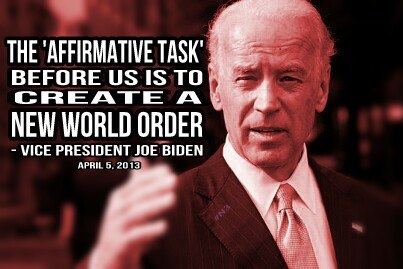 This article is unique as it is written through other peoples comments and not my own except this one –Microsoft tallied the votes witch happens to be the second largest donor to Rubio who out of the blue after polling very low won third place to trump by 1 percent. This entire election is rigged folks…we need to rethink how we are all to proceed.

“Heard that this (Carson dropped out of race and wanted voters to vote for Cruz) occurred in Blackhawk, Grundy and Buchanan counties. Thought that KWWL would dig a little deeper.”
“No one in the media is mentioning that Cruz bussed people in with church buses and that NOT everyone got to vote.”

“Reports that thousands could not get into the caucus centers and Iowa ran out of ballots. chaos at the caucus tables.., i just posted one good example of a voters account on the page.”

“You see, not everyone got to vote, so those first time voters didn’t get a chance >>> Not everyone gets to vote that heads to their caucus site. The locations have a limit to how many people they can hold. ( I’m sure it’s whatever the fire code says ). Voters need to arrive at their caucus locations hours before the doors open to assure they can get in. Voters that have done this for years know this and arrive 4 or more hours ahead of time and camp out in their cars until the doors open. It is harder for an average Joe to be able to take off from their job to do this. And new voters may not realize that there is the possibility that they can not get into the room to vote. It is also better to go as a group because of the way a caucus works. They vote in groups. For instance, if only a few of Trumps voters could take off work to arrive early and the other candidates supporters have many more voters in the room, then the Trump supporters must be put into another candidates group and vote with that group. So, it is crucial to notify all voters voting in any caucus how it works.”

“Carson will not be in the abc debate. Only the top 3 from Iowa will be. Carson needs to demand a recount!”

“I just saw clips of a guy walking around the room gathering the votes! Do you know how unorganized that is? It looked like chaos!”

In response to a post saying..let it go.  “Forget it and walk away is exactly what they expect for it is why they have all gotten away with their fraud in the past. Exposing the truth is not going to lose votes that have already been cast. Where in the heck do you think these comlaints are coming from?? They are from people who have yet to cast their votes!”

“Well, since that puts #TRUMP in first place to win the presidency, it is HUGE news. ……. See Iowa has only picked the winner once in the last 40 years, and since we had one timer pathetic moron idiot jimmy Carter in there, that means 1 out of the last 6 !!!! ROFL, so that actually means Cruz the loser a 15% chance to win and the awesome #TRUMP the 85% favorite !!!!!!!!! WOOOOHOOOOO!”

“I think fraud was involved by Hillary, Marco Rubio and Ted Cruz
Trump & Bernie have had packed houses. Marco and ted a moderate amount.
Hillary has had low turnouts.

“250k showed up for Donald Trumps rallys but less then 50k showed up to vote for him. Not going to the last debate doesnt sound logical to lose that many votes but still continue to climb up the polls following the debate. It’s very doubtful.

“People waited in lines for hours to see him in the snow. They love him very much. Obsessed w him actually. He’s won in every poll and has 83% loyal fans. We are demanding a recount because the numbers do not add up.  Hillary clinton is a liar and a fraud but she did well in a concervative religious state?

“Hard to believe. Ted won in a state that relys on ethanol for thousands of jobs. He would demolish Iowa.
Trump was 8 points ahead of Ted today but Ted won. He also may have been caught trying to steal Dr carsons voter’s. 10 thousand  caucus goers were turned away because they ran out of ballots.
Ted ran a VERY dirty campaign. So much drama you have no idea what a phony he is! We will find out about micro soft counting votes for Rubio. This is why we don’t trust lawyer’s or politicians.  An investigation will be conducted.”

I WILL STOP HERE…THERE ARE TONS OF SUCH COMMENTS AND ARTICLES FLOODING ON SOCIAL MEDIA.