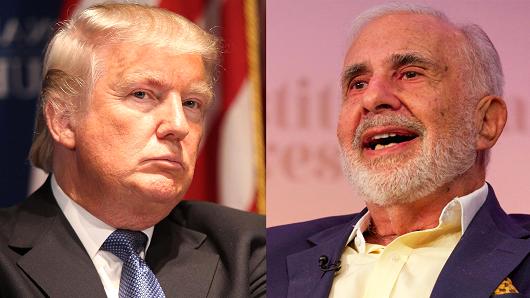 In one of my blogs posted last week,  “Why The Establishment Elite Fear A Trump Presidency, And Why We Need One!”  I mentioned Teddy Roosevelt and his fearless stance against the establishment to call them out on their monopolies and shady business practices and how  Trump is built of the same mold.  He was meant for a time as this to call out the underhanded deals and make America great again.

To my surprise, Financier Carl Icahn has made the very same comparison in his endorsement of Donald J. Trump.  If you haven’t seen his new video “DANGER AHEAD” please click on the link below and watch.   I have also included a link to my article should you like to read it.

When Trump is elected, Icahn will be heading up the financial end of his administration.  A smart man always surrounds himself with smart men.  America will be great again if we hold the line and call out the establishment media and pundit liars for their lies.  Truth always Trumps!  Most importantly we must guard against voter fraud, we have all seen the poll fraud going around which is always a precursor to the other.  We must make sure that this election is not done with voter fraud techniques. We must do all we can to have a fair and un-tampered election!

Find out more about Financier Carl Icahn on his web link below – be sure to watch his endorsement of Donald J. Trump first,  titled “Danger Ahead”.

Why The Establishment Elite Fear A Trump Presidency, And Why We Need One!