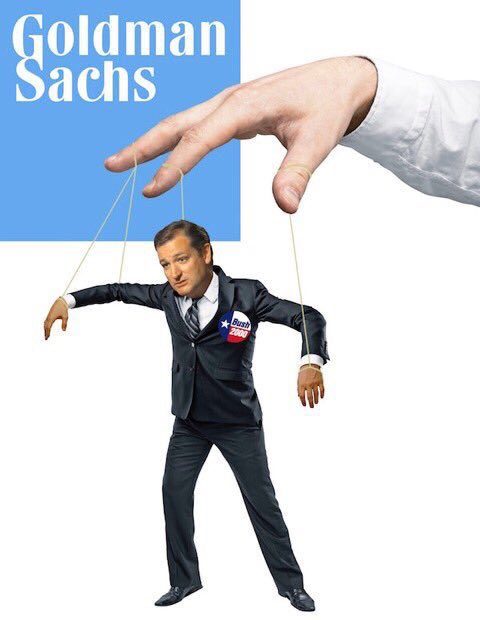 Is anyone else wondering how in the late fifties or early 60’s (I have heard both now) Ted’s mom became a computer programmer with Shell? And his Father too. You know, the Cuban (I need a Visa guy) who came here with a hundred dollars sewn in his underwear in the 50’s and just happened to graduate from college with a bachelors degree, and then go on to learn how to specialize in creating programs for oil and gas exploration in seismic activity?
How lucky for an illegal immigrant needing a work visa to enter a high tech field at a time when the electric washer was the main event and no one even heard of computers? Or am I the only one that smells CIA? Are we to believe, like Ted wrote in his book, that just because his mom and dad were good at math…they were able to start their own computer programing company in Canada for oil and gas exploration? Only later to return to Houston and work for the same company they had learned from in their Louisiana location? Does any of this smell funny?

Ted proudly speaks of his father’s oil back ground and oil and gas exploration company in his recent book, “A Time for Truth Reigniting the Promise of America”. Sen. Cruz writes that his mother and his father met through working at the same company before moving to Canada together.
“After meeting each other at Geocom in New Orleans, my parents had moved to Canada to continue working in the oil and gas industry. They formed their own seismic data processing company to help oil companies search for new reserves. They were both mathematicians and computer programmers, and together they wrote the proprietary software for their business. The name of the company was R.B. Cruz and Associates.” (p. 30)
Well, this just all looks very strange. It makes a person wonder what the real plans were all along? Or rather how they all developed. So Ted’s illegal dad just happened to find a job working for big oil in a high tech field that was just beginning to develop – that of computer programing for oil and gas exploration.

When I heard Ted state at the televised town hall CNN event tonight that his mother worked for Shell. I kept thinking CIA. Ted reminded us that his mother was good at math and became a computer programmer?   She didn’t want to learn to type so she didn’t have to type any man’s letters? Like that would be a question in the late 50’s or mid 60’s?  NOT!
Yet, at around the same time his mother was supposedly married to her first husband and around the time she was to have been working for Shell she was actually living in England with her first husband. (That is another big story the media is avoiding).
I found that Geocom, was a company formed by Geophysics and Computer Services and had a trademark filed in 1966 which explains his parents natural abilities to write software programs for seismic data processing at a time when no one had computers to tinker with and a cell phone was called a Walkie Talkie. https://trademark.trademarkia.com/geocom-72258535.html
https://www.youtube.com/watch?v=2Kstyj5BTcM
What ever it is….it is not bundled together in a believable package.   For somewhere between graduation and meeting Ted’s mother, Rafael (Ted’s father) had married a woman and had two daughters. His real mother had married, divorced…gotten pregnant and the child died and was buried in England in 1966. At the same time Mrs. Wilson was supposed to be living in  America and working at Geocom?
It’s not clear why the two moved to Canada in the first place.  But, they were married in 1969.  They were living in Canada and diligently working at  R.B. Cruz and Associates.   Just prior to the arrival of Teddy boy in 1970. Ted’s mom gave birth in Canada…and did not register Ted as a live birth abroad to be an American citizen as the only papers he has shown is his Canadian birth certificate with his mother’s name by her first husband “Wilson” as the mother and Rafael Cruz as the father.  So??
When they returned to America, they went to Houston and Rafael worked for Geocom once again. (If he ever quit?)
https://www.mcclatchydc.com/news/politics-government/election/article54991080.html
I quit trying to make logical sense of the life of the Cruz’s. The only way it makes sense is to realize it is full of untruths or it is one of those government C.I.A. arrangement packages. Which seems to make more sense when we see the actual connections big oil has to government and at that time computer programing was mostly fueled by government projects.
Perhaps time will reveal the unanswered questions….but who can really know the truth in this can of worms? Let your imagination play and then apply knowledge and common sense. It will eventually look, walk, and sound like a duck.