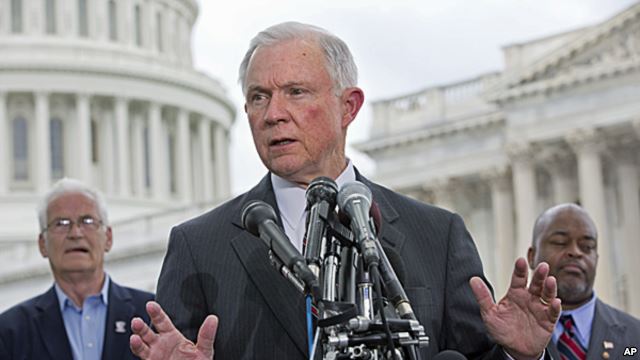 Sen. Sessions, Chairman of the Immigration Subcommittee, shared the following warning concerning the Administration’s plan to resettle nearly 200,000 refugees i…n the U.S. over the next 2 years:

“The U.S. has already taken in four times more immigrants than any other nation on Earth. Our foreign-born population share is set to break every known historical record. Since 9/11, we have permanently resettled approximately 1.5 million migrants from Muslim nations inside the U.S. Ninety percent of recent refugees from the Middle East living in our country are receiving food stamps and approximately 70 percent are receiving free healthcare and cash welfare. All of the nearly 200,000 refugees the Administration is planning to bring over the next two years would be entitled to these same benefits the moment they arrive. Since we are running huge deficits, every penny of these billions in costs will have to be borrowed and added to the debt. This refugee expansion would be in addition to the 1 million autopilot green cards handed out each year by the government to mostly low-wage migrants, including a large share from Middle Eastern nations.

“Our schools, job markets and public resources are already stretched too thin. And, even at current rates, we have no capacity to screen for extremist ideology, as we have seen with the surge of ISIS recruitment in Minnesota’s Somali refugee community.

“Middle Eastern nations must take the lead in resettling their region’s refugees. The goal of responsible refugee resettlement should be to relocate displaced persons as close to their homes as possible and to seek their return to their country of origin in more stable conditions. It has also been reported that 3 in 4 of those seeking relocation from the Middle East are not refugees but economic migrants from many countries.

“At bottom, it is not a sound policy to respond to the myriad problems in the Middle East by encouraging millions to abandon their home. Absorbing the region’s migrants is not a long-term strategy for stabilizing the region; instead, we should look soberly at our most recent actions in Libya, Syria, Iraq and elsewhere while encouraging migrant populations to remain in the region where they can contribute to social and political reforms.”