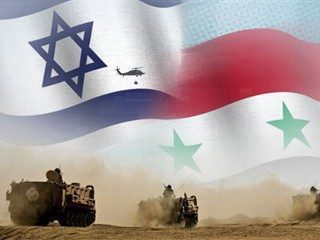 Today, an Israeli pilot was taken prisoner by ISIS.  A gag order has been issued by Israeli government not to give information out about this event.  What is known is that Israeli helicopters entered into Syria conducting bombing raids, and  Israeli forces have now crossed into Syria to recover the pilot taken prisoner. A statement will be released later.

This is a troublesome clash as multiple militaries of the world are inside Syria fighting ISIS.

Watch the videos to learn more.

This is looking like a false flag to involve Israel into the active combat of which they have been wanting to do.  Time will tell.