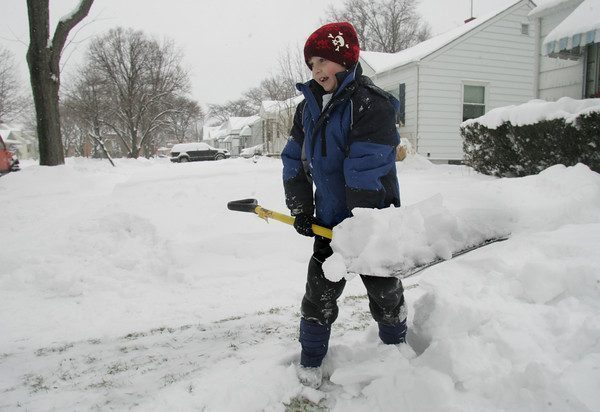 I want the America that all Americans worked to build again. I want the America that had a strong work ethic and did what needed to be done.
I want the America that as a child of 10 years old when I saw it snowing I got excited because I could earn some money. I recall getting dressed with the warmest clothes I had , then telling my parents that I was going to go out and shovel snow to earn some money. They didn’t bat an eye or look at me strange. They said, good. Go and do well.
So, I went out early and started knocking on the neighbor’s doors. I asked if they needed their side walk shoveled. They would ask me, how much? I would answer, “Whatever you think it is worth when I am done.” Most all said okay.
I would shovel and at times I would notice they would be peeking out at me as I worked. I kept working and never stopped. When I was done I knocked on their door. They would answer. I would say I am done. They would always give me more than what I was going to ask for. I would put the coins in my pocket and go to the next neighbor’s house. I even would look up and thank God for the coins. I did this all day. I was so cold when I finally returned home and so happy that I had put my signature on so many sidewalks…and earned some money that was so needed.
That is the America that I want to see return. The one where you go out and do what ever your skill is that you have at any age and return with a pride of doing your best and earnings for doing it. The government has interfered and stopped free thinking and individual accomplishment. It has killed the American dream….each had their own…some were small and some were big – but each had opportunity to pursue them.
I have heard that even lemonade stands in some municipalities are not allowed. The idea of entrepreneurial enterprise starting at a young age is being killed,   destroyed by needless and pointless rules, regulations, and local bureaucratic nonsense in city councils.
A child needs to learn at a young age how it feels to be rewarded for a days work, or a project. I do not understand the dummy down things and all the consequences now being applied to discourage youth from entering into the American opportunity to earn some money.
Newspaper routes used to be jobs for children to learn valuable lessons of a good work ethic and responsible employment. Now most of these jobs are done by adults who have lost their job because of a plant shut down or mere job shortage.
Little by little, America has become an entirely different place. Many kids today don’t even know they need to work to earn money. Their parents are the ATM machines. Now, many of those kids are in culture shock for the machine can’t doll out the dollars like it used to. Sadly, we are at the brink of critical destruction and if we do not elect a man like Trump who knows how to fix the mess that has slowly engulfed most of the land….we will never have the land of the free we all used to know and love. It will be gone.
The American work ethic needs to be revived. It cannot without opportunity.
That is just one more reason why a Trump presidency is so valuably needed!
Dianne Marshall