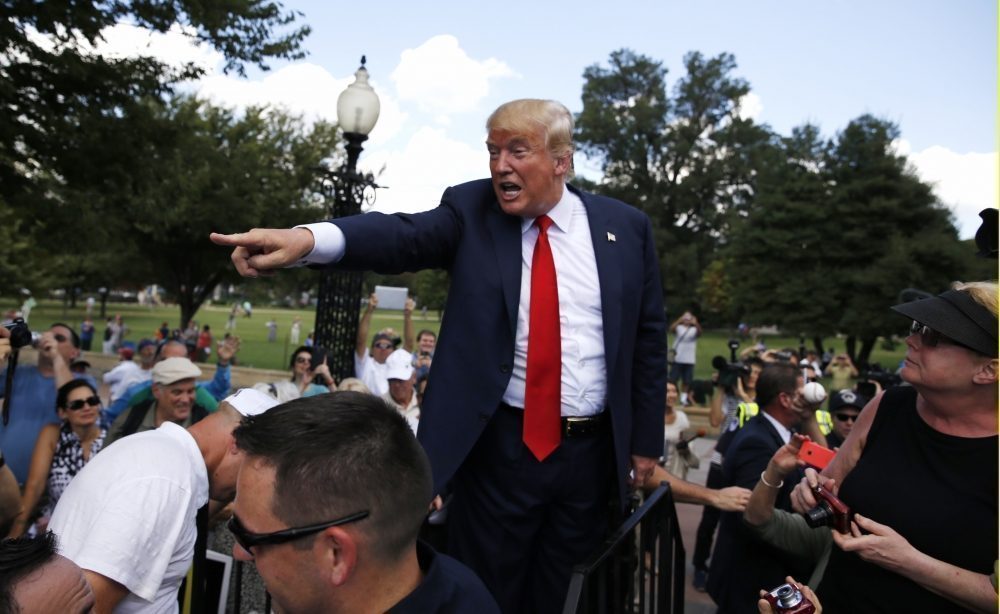 Trump is a man with his own prerogatives. He holds dear certain personal experiences and deep feelings that are not to be given  up for public ridicule and chopping apart, especially not to satisfy the whims of a media’s appetite. As all persons hold sacred certain factions of their life, so allow Trump the same.

What is not up for public debate and chopping is his personal belief in God, nor his personal conviction in his past deeds done to help others that are meant to be done in private, according to the word of God. Yet, the media pushes and prods trying to get the man to tell all.  All the secret things done in private.  Done in silent donations, in secret.  The scoop they are gathering is not one of ill will as they had hoped for. What they are finding is a man who chose to keep private many big contributions to worthy causes and many times he helped lay people….just because.  Neither of any of that helps their initiative to draw Trump into a scandal.  It seems Trump is pretty clean after all, unless it is a crime to help your fellow man.

So move along media bias, there is nothing here to see unless you are truly persistent and wanting to expose his personal conversations with God and his whispers to his wife.  What good would that serve you?  None.  So give it up. Donald. J. Trump is a man of means, conviction and humility.

Yes, you heard that quite well. Humility.  He only boasts of common knowledge of his life.  He is very private of his personal relationships and the things most dear to his heart.  You will have to guess at those things.  And rightfully so, for what does a rabid dog like seeking press need with such personal thoughts of intrigue at all?  None of any good.  That is what it is.  So move along you media partakers who are only looking to disparage a mans most personal being and conversations with his Lord.  For none are of any of your business. Trump is honored and smiled upon by those who also know their Lord and applauded by the same for being wise enough not to cast his relationship with his Lord and loved ones to the wolves to devour and smack their lips on.

The demons in the media understand such things not.  For their goal is to chew and gnaw the bones until the morning.  Well, there will be no bones thrown to the starving wolves by Trump….such any shall have to be fought for and not freely given.  Hasn’t the media passed off enough false bones already?  The truth is the media is starving, they gnaw at nothing all day and in the evening wonder why they have found no nourishment at all in their failed attempts to discredit the Donald.

God is in charge of Trump, he has given him his blessing, so get over it all of you who have evil attempts to chew.  There is no bone for you.  The meat is all in tact and God is guiding this man to fulfill a destiny of which he was called out from the towers to fulfill.

Ironic that the towers fell and started the end of the constitution, only to have a real man step away from his towers to end the destruction of the very written documents the falling of the first towers were meant to achieve.  Yes, the Lord does work in mysterious ways.

That is how I see it anyway.  Meanwhile ask the worthy questions and he shall answer you in all honesty.  Ask away- all of you who dare to ask the worthy things.