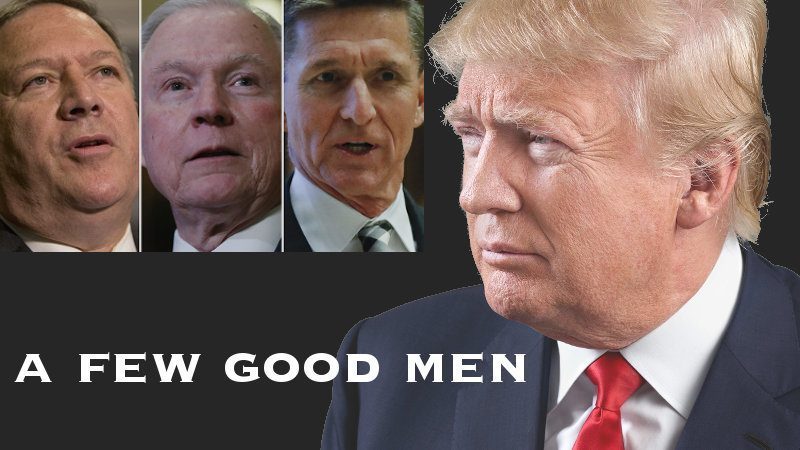 We are faced with a monster whose presence in the public domain is truly unprecedented: a Satanic pedophile syndicate is operating in our nation’s capital.
Though the term #PizzaGate may detract from the gravity of this issue, it certainly is the most serious and evil situation with which our society has been confronted.
The name was given due to the pedophile syndicate being centered within two pizza restaurants, Besta Pizza and Comet Pizza, on Connecticut Avenue in Washington D.C. ‘Pizza’ itself is used as a codeword among pedophiles, according to the FBI. Hence, we have the hashtag that has gone viral now – #PizzaGate.
DC PizzaGate: A Primer
The first blatant evidence of this syndicate was revealed in the emails of Hillary Clinton’s campaign chairman, John Podesta, that were released by WikiLeaks. This led to extensive research being done by citizens on Twitter, led by Mike Cernovich and Brittany & Nicole Pettibone, and then to additional information being disclosed upon Reddit and 4Chan boards. YouTube videos were to follow, some of the most prominent being put forth by former Huffington Post journalist David Seaman.
The overwhelming amount of evidence that has come to light is quite simply unprecedented. The Podesta emails alone divulge child trafficking, rape, and allude to torture, as well. These are Podesta’s own words using the pedophile code that the FBI has verified to be legitimate.

[youtube https://www.youtube.com/watch?v=M8NPH2kqtzY?version=3&rel=1&fs=1&autohide=2&showsearch=0&showinfo=1&iv_load_policy=1&wmode=transparent]
A closer examination of the owners of the two pizza restaurants that the investigation has focused upon, shows us that one restaurant is owned by James Achilles Alefantis and the other by Clinton Department of Justice appointee, Andrew Kline. Alefantis has posted photos on Twitter and Instagram that clearly show he is a very disturbed individual with connections to the Podesta Brothers, Hillary Clinton, and even President Obama.
Andrew Kline is actually employed by the Department of Justice as the head of their child trafficking unit. Considering that the emblem being used in the logo for his restaurant, Besta Pizza, is a known to the FBI as a symbol for pedophilia, it is clear that his own unit should be investigating his damn restaurant.
We also have the additional connection to Marina Abramovic and her #SpiritCooking in the Podesta emails. The blatant Satanic symbolism that is a part of everything this woman is involved in, a blind man could see.
Aside from the information drawn from Wikileaks, numerous reports have also come from the 680,000 emails on the Weiner / Abedin home computer that was seized by the NYPD. While FBI Director Comey dismissed these emails, men with solid reputations, such as Doug Hagmann, have laid their credibility on the line to divulge that the emails indeed contain evidence of both child trafficking and sexual abuse.
[youtube https://www.youtube.com/watch?v=ZxTAXg1JI50?version=3&rel=1&fs=1&autohide=2&showsearch=0&showinfo=1&iv_load_policy=1&wmode=transparent]
Then we have Podesta brothers’ sickening taste in art – as well as the fact that police sketches of the four remaining persons of interest in the 2007 kidnapping of three-year-old Madeleine McCann match those of people whom are suspected to be part of this D.C.-based syndicate. In total, the amount of evidence already out in the public domain is overwhelming and screams for an investigation to be commenced immediately.

While many people have asked when the FBI or our Department of Justice will act upon this evidence, we all need to face reality. Both institutions have been compromised by their leaders’ connections to Hillary Clinton and John Podesta. Loretta Lynch and James Comey acting upon this blatant evidence is less likely to occur than the New York Giants asking me to be their starting quarterback next Sunday.
This brings us to the incoming administration of President-elect Donald John Trump, and our need of a few good men…
In order to successfully take down all members of this pedophile syndicate who are connected deeply to our government, President Trump and Attorney General Jeff Sessions will need the full cooperation of both the CIA and NSA and all of the intelligence they have on this plague in our nation’s capital. So it will indeed fall upon new CIA Director Mike Pompeo and new NSA Director General Flynn to present everything they have to A.G. Sessions. Nothing can be held back.
The arrest of the Podesta Brothers and those connected to these two pizza restaurants is clearly only the tip the iceberg. Every government official and private citizen involved in this demonic operation need to face justice for their crimes against children.
One of the most beautiful moments of this year’s presidential campaign was Mini-Trump coming forth to the stage at the rally in Wilkes-Barre, PA.

Contrast that to what John & Tony Podesta and others have done to children of the same age, and one honestly wants to punch a wall, throw-up, and cry – all at the same time.
While many criticize Alex Jones for his occasional emotional outbursts, his reaction to learning of the evil for which this syndicate is responsible, I fully share. His willingness to shine a light upon the Podesta emails should also be saluted.
This should not be viewed through the perspective of Trump vs. Clinton. This cannot be marginalized to Republican vs. Democrat. There will be Republicans implicated in this investigation, as well.
This is a battle between Good and Evil – literally Heaven versus Hell, here on earth. That fact cannot be denied.
Our country truly needs a few good men… and those good men truly need our prayers.