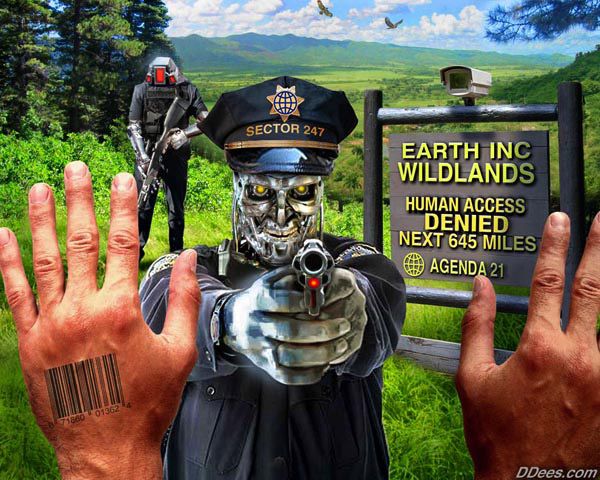 For those of you who may be wondering what exactly is sustainable development , the answer may floor you. It is a plan for global control, using land and resource restriction, social transformation through education (propaganda), and other programs like depopulation, to accomplish a global order. For those who think I’m crazy or just shouting ridiculous conspiracy theory rhetoric, I encourage you to visit the United Nations Website and read all about Sustainable Development for the 21st Century, Agenda 21. Read all about Smart Growth and Green Projects. Or just review past and the present congressional funding actions, that fund the Department of the Interior, the Bureau of Land Management and all the side deals with the United Nations like the ones that turned our waterways into international domains; no longer our own private resources.

Yes, it is time to talk about these things, especially since Congress has just signed to speed up the TTIP act that will definitely send more manufacturers to other nations, and mandate a list of horrid things. It is actually the twin of Obama Care. Hundreds of thousands, if not millions, have taken to the streets in Germany to protest the TTIP. Why? They know it will end their freedoms of choice and kill their economy. In a nut shell, it strips each nations choice to choose what they want for their country and gives great merchants permission to do as they desire. 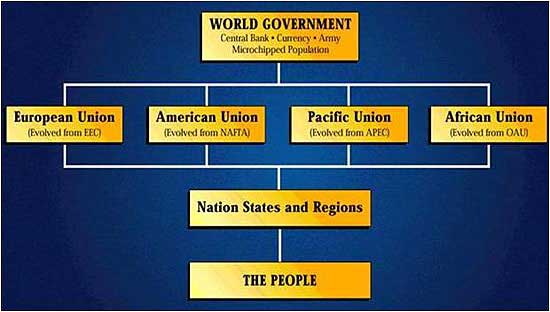 NWO Sustainable Development, Agenda 21 is nothing more than a handful of the world’s one percent establishment elites golden plan to govern the world.   It has been said that in the 2015 NDAA, provisions include designation of 250,000 additional acres of wilderness, four new national parks and seven national park studies (future parks-to-be).

Note: Wilderness is created by Acts of Congress under the Wilderness Act of 1964. Designated wilderness is administered by the Bureau of Land Management and U.S. Forest Service as part of the National Wilderness Preservation System.

Like a slow boiling frog, Americans have paid little if no attention to the land grabs taking place every year since 1964. Nor the land use restrictions. Nor the deals made with the United Nations Sustainable Development. It’s time to get speak out while we still have the chance to expose this development that is not sustainable for humans, only a handful of great merchants and world elite who have and are controlling each and every asset that belongs to the American Citizens.

It’s time to ask the hard questions and demand forthright answers. Like who really benefits in the end? In order to do that we must first understand what is taking place.  It’s called The Wildlands Project. It is designed to eliminate private property. Specifically to eliminate the human presence on at least 50 percent of the American landscape and to heavily control human activity on most of the rest of American land. Yes they have their goals written down. So wake up and join the conversation, especially since the Government has already seized one third of the United States of America and plans are in the works to exceed their quota!

While we were going about our business, past and present presidential administrations have been in lock step with developing a global New Sustainable World Order of things. The plans are designed to eliminate private property through a series of creative methods under the title called the Wildlands Project and smart growth. When these two programs reach their full implementation the result will be the control of all human action.

Since all things ultimately come from natural resources on rural lands, the transfer of the landscape from citizen control to government control should scare the heck out of every freedom loving American. In a nutshell, the Wildlands Project and Smart Growth are U.N. projects designed to subject all human action under Government control. New World Order Government- to be exact. 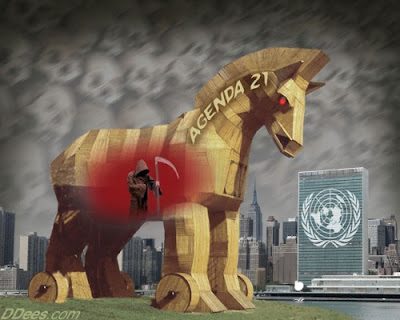 The Wildlands Network (aka Wildlands Project) is the plan to eliminate human presence on “at least” 50 percent of the American landscape,19 and to heavily control human activity on most of the rest of American land. Examples of the piece-by-piece implementation of the Wildlands Network include road closings, the policy of breaching dams and the adoption of United Nations World Heritage Sites – which are systematically being closed to use. “Conservation biologists now agree that protecting isolated pockets of habitat isn’t enough to protect our bears, jaguars, beavers, birds and other wildlife – the only way to protect them is to practice conservation on a continental scale,” announced Wildlands Project Executive Director, Leanne Klyza Linck, at the Society of Environmental Journalists Conference on September 12, 2003.

The most significant tools of the Wildlands Network is the rapidly expanding imposition of habitat “protection” provisions under the Endangered Species Act, the adoption of “conservation easements” and direct land acquisitions from battered “willing sellers.” The Wildlands Network seeks to collectivize all natural resources (e.g., water) and centralize all use decisions under government direction, often implemented through public/private partnerships. 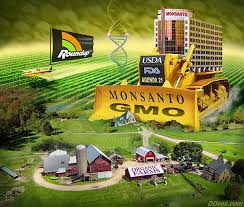 The rural land-use plan embodied in the Wildlands Network is inextricably tied to its urban counterpart, Smart Growth. As human beings are barred from rural land, there will be a concentration of human activity in urban areas. Through Smart Growth, the infrastructure is being created for a post-private property era in which human action is subject to centralized government control. With the combined implementation of Smart Growth and the Wildlands Network, humans will be caged and the animals will run free. Sometimes called “comprehensive planning” or “growth management,” 20 Smart Growth is the centralized control of every aspect of urban life: energy and water use, housing stock and allocation, population levels and control, public health and dietary regimens, resources and recycling, “social justice” and education, toxic technology and waste management, transportation modes and mobility restrictions, business and economic activity including capping and trading energy.

Transportation plans that reduce the freedom of mobility, forcing people to live near where they work, and transforming communities into heavily regulated but “self-sufficient” feudalistic “transit villages.”

Plans to herd citizens into tax-subsidized, government controlled, mixed use developments, 21 called “human settlements.” These settlements are sometimes distinguished from one another by how productive or useful the citizens are for society. 22 Heavy restrictions on development in most areas, and the promotion of extremely dense development, constructed and managed by government “partners,” in other selected areas. Rations on public services, such as health care, drinking water 23 and energy resources (and sources).

Using the Law to Restructure Human Nature The authors of the Sustainable Development action plan recognized that their environmental and economic objectives, and the corresponding transformation of the American system of equal justice to a system of “social” justice, are radically divergent from the views and objectives of the average person. Therefore, in order to achieve their objectives, they call for a shift in attitudes that can be seen in the educational programs developed by its proponents. This is the premise of Sustainable Development: That individual human wants, needs and desires are to be conformed to the views and dictates of planners. Harvey Ruvin, Vice Chair of the International Council on Local Environmental Initiatives (ICLEI), and Clerk of the Circuit and County Court in Miami-Dade County, Florida, has said that “individual rights will have to take a back seat to the collective” in the process of implementing Sustainable Development.

It will be the animals rule over man, opposite of what God intended. It’s happening before our eyes – land grabbing for a turtle, a minnow, a mouse, a bug, a bird, all in the name of sustainable development land grabbing and the average american really believes it is for preservation for an endangered species. When it it really a way to steal vast amounts of wilderness, and today farm land and ranchs, not to mention any piece of property they deem valuable to a creature. Not for the sake of any animal, bird, bug or fish, but as a tool to confiscate our land. Hey, it has worked well since 1964 why stop now? Why stop because a few people woke up and see what they are doing? Five years ago no one believed there was even a thing called Agenda 21 – It’s been here since the inception of the United Nations. What a pill to swallow, huh? 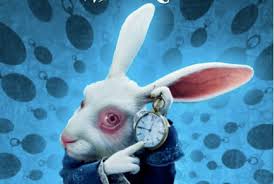 Heck, a year ago people still denied there was an Agenda 21. People called me a conspiracy theory nut job. No one looked at the United Nations web site like I asked them to do. People heard of sustainable development but not agenda 21. Then I learned to say Sustainable Development for the 21st Century, Agenda 21 and their eyes popped out. Those who got it that is.