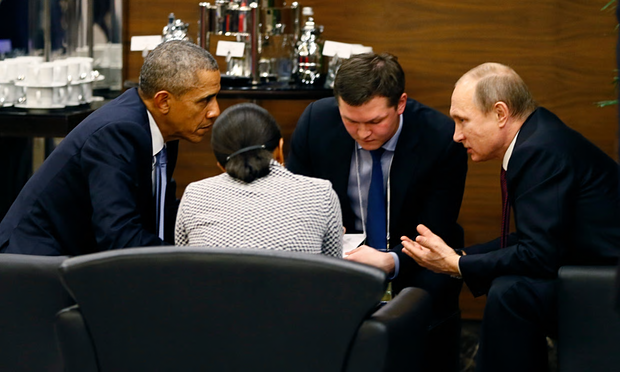 Putin threw a curve ball at the G20 Summit  by sharing  with his colleagues, Russian intelligence data that revealed member nations who were helping to finance the  Islamic State.  He definitely had their attention.

In a press conference after the summit meetings, Putin shared key points of this event with journalists.

“I provided examples based on our data on the financing of different Islamic State (IS, formerly ISIS/ISIL) units by private individuals. This money, as we have established, comes from 40 countries and, there are some of the G20 members among them,” he said.

Putin also had other evidence of activities different nations have been doing in the middle east, including satellite footage.

“I’ve shown our colleagues photos taken from space and from aircraft which clearly demonstrate the scale of the illegal trade in oil and petroleum products.”

“The motorcade of refueling vehicles stretched for dozens of kilometers, so that from a height of 4,000 to 5,000 meters they stretch beyond the horizon,” Putin  compared the convoy to gas and oil pipeline systems.

“It’s not the right time to try and figure out which country is more and which is less effective in the battle with Islamic State, as now a united international effort is needed against the terrorist group”, Putin said.

It will be interesting to see how cooperative the G20 will be, but one thing is certain, many of the secrets are now out in the open and Vladimir Putin definitely has their attention.