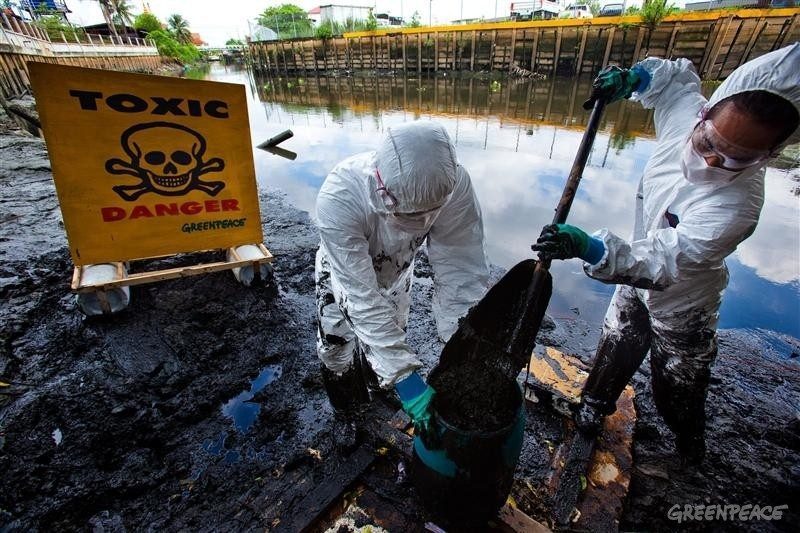 Reality Check for Florida residents and the rest of the nation, awe heck, throw in the entire world because it is world wide!

They don’t tell you: the entire gulf shores and the Atlantic shores up to Main are toxic.

They tell you this: It’s Red Tide and under control. Happens all the time. Even in the days of the explorers the Spaniards reported Red Tide. 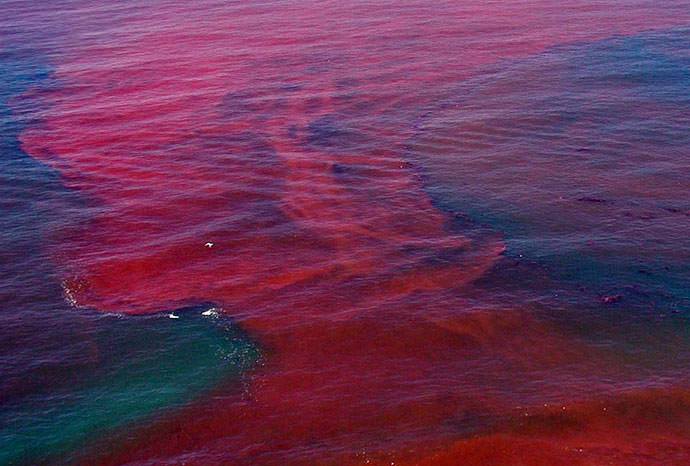 They say: Don’t worry about the Algae they feed off nutrients. Algae is even used in municipal wastewater treatment systems for nutrient removal (removal of nitrogen and phosphorous).

They don’t tell you that: ALGAE NUTRIENTS ARE HAZARDOUS WASTE TO HUMANS. But fear not they say, the added benefit is the resulting biomass left over can be used as biofuel feedstock. (They don’t mention flesh eating bacteria).Flesh eating bacteria in the waters. Click to read. 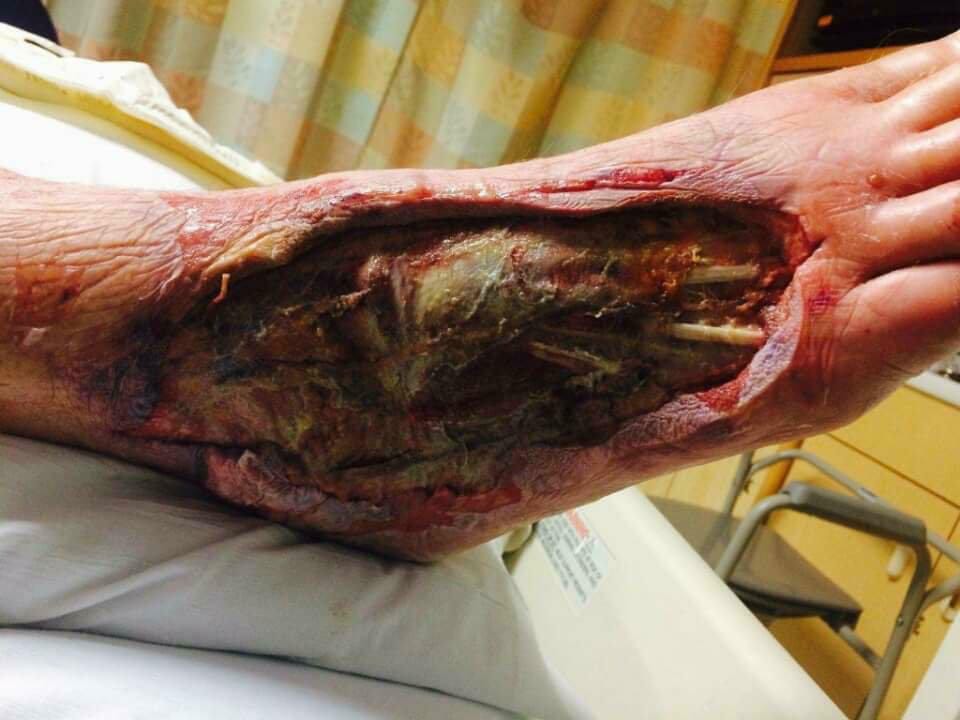 They don’t tell Floridians that: In the case of Mosaic, the phosphate mining company, run off of phosphates, radioactive materials, sulfuric acid, and – so many poisons and contaminants I can’t name them all – so I’ll just call it toxic goo, are being dumped into the Florida waterways (and the waterways wherever else in the world they are mining). This feeds the algae and sucks all the oxygen out of the water killing sea life and morphs into toxic spores that contaminates the air and soil too. Yet, they say the hazardous waste is eaten by the algae. Don’t worry the green/climate change, agenda 21 SUSTAINABLE people are taking the algae and later using it for biofuel feedstock. Believe me there is nothing SMART about this GREEN unsustainable process. Wait there is – they are smart enough to fool the masses.

They recently are forced to admit that: Monsanto’s Roundup fertilizer runs off into our water ways and contaminates our water sources. In a lawsuit, Monsanto was recently found guilty through a jury trial that Round up contained cancer causing toxins and has to pay out $289 million dollars to one man for causing his cancer. More suits are coming.

Meanwhile they also spray the air and continue their Monsanto bio warfare chemical fertilizer phosphate compound testing of agent orange on open fields in Florida. Eglin Airforce Base is one of several Florida test sites. Phosphate mining continually dumps their toxic goo water night and day into the waterways and no one says a word. They have been allowed to do this for years under the EPA – the same EPA they don’t want President Trump to dismantle.  Read about the corrupt EPA here. 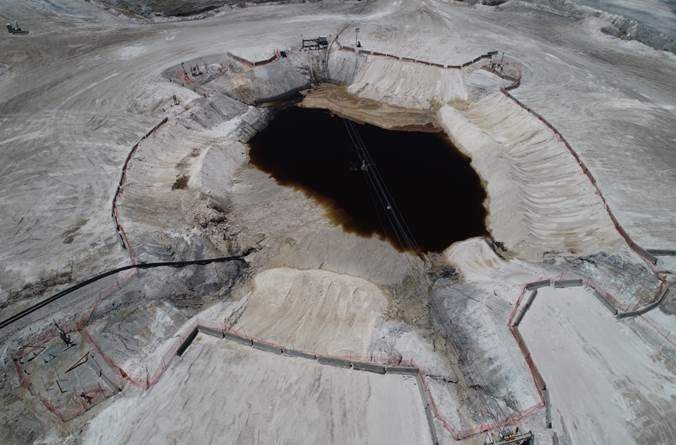 They don’t bring up the fact that: in 2015 Mosaic Phosphate Mining Plant had a 500 ft. tall radioactive hazardous waste gypsum stack fall into a sink hole in the aquifer that feeds drinking water to the entire state of Florida, and parts of Alabama, Georgia, and South Carolina. This happened during the EPA’s safety guidelines under the Obama Administration. But, fear not, they promised to pay 1.89 billion in restitution which has not been seen yet. (Like that is going to help do what?) And this is only a part of the real problem. Read about Mosaic’s Radioactive Gypsum falling into a Sink hole here.

And they don’t tell you that: Nestle Water Company, Pepsi, and Coca Cola Water Companies have all purchased water rights in Florida (and world-wide) to pump the USA and world’s water aquifers for pennies and sell it back to you for dollars. They make billions selling you, your own water back! For example, Nestle pays Michigan $200 a year to pump out 200 millions of gallons of water daily. You are told to reserve water to save the planet and what you do get is not clean.  the news recently reported all of Michigan’s water supplies are toxic. How is that? The bottled water is your water and they don’t pay for it –but you have to if you want clean water because the tap water is polluted; but you still have to pay your water bill, imagine that one? Your purchased SMART bottles of reverse osmosis water also has legal amounts of contamination in it. All done by the progressive globalists sustainable guidelines and the easily bribed and awesomely crooked EPA’s standards. All which were in place long before President Trump was elected.

HERE IS WHERE I WOULD POST A VIDEO OF NESTLE WATER COMPANY AND THE TRUTH ABOUT THEIR BOTTLED WATER.  SAD….YOU TUBE HAS CENSORED ALL THE VIDEOS.  BUT…FOR THE SAKE OF KNOWING WHAT IS TAKING PLACE I WILL PUT THE CEO OF NESTLE WATER HERE.  DID I MENTION HE IS A MEMBER OF THE BILDERBERG GROUP AND PART OF THOSE WHO RULE ON SUSTAINABLE DEVELOPMENT?

OOPS…THAT DOESN’T WORK ANYMORE EITHER.  TRY AND SEE IF IT WORKS NOW??

And the real problem that they certainly don’t tell you is this: United Nations New World Order Sustainable Development for the 21st Century Wildlands Project is designed to uproot the echo systems and drive people off their property into SMART living zones. The only way they can achieve this is to make your home and community unlivable.  Like what is taking place right now in Florida. It’s radioactive beaches, acid rain, toxic water killing birds, mammals, fish and humans.  It will all lead to a state emergency where evacuation is necessary for YOUR safety. No more beach front property, no more freedom to choose where you are going to live and say good bye to your homestead and family acres. While you are at it, say good bye to all the humans on the planet except around 550 million of ya. That’s what past President Clinton said, remember he’s the one that signed the USA up to the New World Order’s Sustainable Development package and turned us over to their global mandates in 1993. So, with that in perspective – how do you feel about sustainability now?

They don’t want you to know that: Just before Obama left office in December of 2016, he snuck in an executive order that allowed all industries, which include Mosaic, to decide their own safety rules with the corrupt EPA with only a few states allowed to help decide.  In fact, some states are not to be involved in these decisions that will affect their state at all.  Why? Because, they say, too many people make it hard to come to agreements.  In other words, they can’t lie as easily.  But, you can thank President Trump for removing us from their unsustainable U.N. Global mandates and their Climate Change (which had nothing to do with the climate, only sharing the wealth and making America poor.)  Meanwhile the globalist are shouting – Trump has torn apart their precious EPA.  This misinformation is fed to those who have no clue that Trump is their only hope for clean water.

The question is…..will they (the globalists oligarchs) be able to complete their evil act or will the sheep rise up and expose their evil? To those who are exposing already – will you be successful? According to my Bible the answer is – yes. We will eventually be successful, but the evil ones will weep and wail for no one buys their goods anymore. And the tares will be burnt in the fire. God’s wheat are gathered into his barn. Choose your side now.

And to think, I didn’t even get into all the other things they are doing. But this should be enough. After all – this alone is killing you and every living thing. It is a slow death of cancer and every autoimmune disorder. Without vaccines, big pharma, and Monsanto Franken foods even being mentioned here.