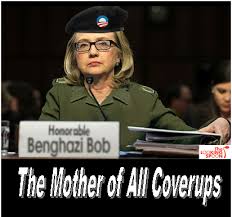 No one seems to understand that Hillary’s foreign policy is tyrannical and does not allow for state sovereignty.  It is only for control and enforcing mandates like Climate Change, Green Smart Stuff and Agenda 21.  She is a New World Order control freak on steroids. She is in total agreement with global governance and tries her best to act like she is for the good of humanity and women everywhere.

Then why in the world does she seek to topple the Syrian government which is one of the few in the middle east where the women don’t have to go around in Burkas?

Hillary’s foreign policy has not changed even though it is now common knowledge that it has failed. As we heard in the Democratic debates,  she still wants to continue with her nation toppling.  She wants to see Assad dead.  Why is that?  Especially when the only purpose it will serve is creating total instability in the middle east.  Or is that what she wants?

She seems to want blood and war in all forms, and can’t wait to get more funding for her projects,  be it another Gaddafi drug through the streets, or a new row of abortion clinics!

What part of individual state national sovereignty does Clinton not understand?  She is a loose cannon waiting to war with anything and anyone.  She was very accurate in stating that the only difference between her and Obama is gender.

If Hillary stays out of jail and somehow manages to black mail her way into winning the primaries do you really want to vote for another western war monger?  A western propaganda machine out to kill, steal and destroy?  Not me.

Watch her evil voice demanding more death in the video below.  Scary.