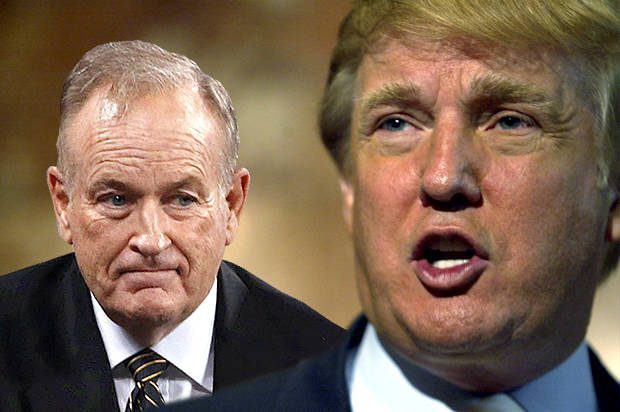 Are Christians tired of listening to condescending arrogant remarks that judge not only  Trump and his supporters, but also our Lord Jesus the Christ?  Well, this one is. Christians are being persecuted and beheaded around the world, while in America where we are supposedly a Christian nation we are little by little being under minded by those who advocate a one world global religion that puts Jesus back in the tomb.

One of the worst, and I do mean worst books ever written on Jesus the Christ and promoted by the Author as the authority on what really took place at the time of Christ was written by none other than the arrogant bloviating Bill O’Reilly.

O’Reilly blasphemed in his orated opinions as though he stood on the right hand side of God himself and had the right to do such.  A year or so ago when I saw his book in a close out bin at a grocery store, marked down to $1.00, I picked it up and read pages at the beginning, the middle and the end.  I was so shocked, I took the book along with me and continued to read as I shopped.

By the time I finished in the produce department I was ready to throw the book at the onion rack where it belonged.  But being a researcher, I took a deep breath and continued to read.  I thought to myself, only an atheist would fail to see the blasphemous and opinionated rhetoric coming out of the mouth of this truly lost idiot.  I was so disgusted I began to feel that fight or flight feeling.  I looked up several times and commented to the Lord, “Can you believe this?”  I recall shaking my head and looking up again saying, “Lord this angers me, help me calm down – I know you will take care of this.  You always do.”   I continued to shop and read as I went down the Isles .  By the time I was done in the dairy and read a bit more, I was ready for red meat and not the kind in the store. I took a deep breath and self calmed.

To make a long story short, by the time I was ready to check out, I tossed the blasphemous book back into the bargain bin where it came from.  A buck was too much to spend on a blaspheming rag.  Satan was definitely his inspiration.  I take my Lord seriously and I don’t need to have O’Reilly tell me Jesus did not know what he was doing, nor did the apostles accurately tell what my Lord did.

To make matters worse, Bill O’Reilly said in a recent interview with the Chicago Tribune while discussing his “Killing Whoever” series concept.

“I don’t think it’s the assassinations per se that the readers are interested in; it’s what we bring to the whole story. Jesus, for example, was executed, and a lot of people didn’t know that. ”

Well I don’t know about you but any child who has ever attended Sunday school knows Jesus died on the cross at the hands of angry men and did not die of cancer or by falling off his donkey!

It sounds to me like O’Reilly just discovered this when writing his book and wanted to share that tid bit with the world.  Give me an aspirin please. In my Bible it says he willingly laid down his life to do his Father’s will and had the power to call on the armies of heaven to stop it if he so chose. He chose instead to die and conquer hell that all who believe may live eternal lives with Him and our Father in Heaven.

Well, I was not alone in my opinion on this blasphemous author and his rag in the close out dollar bin. Ken Ham founder and president of Answers in Genesis and The Creation Museum in Northern Kentucky had this to say, “I  suggest that evangelical Christians should be speaking out against it.”

Below is a clip of dialogue from an interview on 60 Minutes between interviewer Norah O’Donnell and Bill O’Reilly about his book “Killing Jesus”:

O’Reilly: Yes, I believe that.

O’Donnell: And why would the Holy Spirit choose you?

O’Reilly: You’re asking me to speculate about the deity—

O’Donnell: Well, you are suggesting that you are the chosen one, Bill.

O’Reilly: I’m not the chosen one. I’m just one of many who have been given gifts. I can write. I can bloviate on TV. So I’m trying to use the gifts in a positive way. And I believe that’s all directed. And that’s why I’m here on the planet.

O’Donnell: In the book you don’t refer to Jesus as the Son of God. Why?

O’Reilly: ‘Cause it’s not a religious book. There’s no religion in the book, nothing. It’s all about history.

To find out more click on the links below!