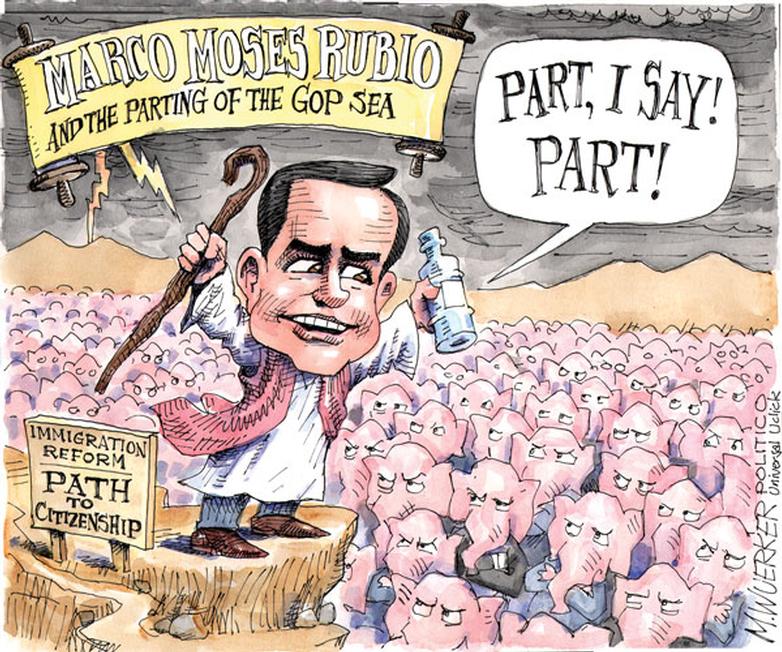 Little boy Rubio bought a new suit and is strutting everywhere except the senate at voting time.  He missed two important bills – but in my opinion that’s okay because he would have only cast a liberal left vote.

After all, it would have really added to his election woes to vote a “yea” vote, especially when his constituents expected a “no” vote. He couldn’t let them see him do that. What little boy Rubio did was screw them all over again.  He missed a critical cloture vote that allowed Senate Majority Leader Mitch McConnell’s  plan to fund the government, including Planned Parenthood, to move forward without risking a shutdown.

Rubio wasn’t alone in hiding out, the wacked out Lyndsay Graham hid too.  Maybe they were both hiding in the same closet?

These two weasels are the lowest of the low. They have been RINO’s from the beginning and all the way to the end….of which it is my heartfelt prayer that neither will enter the Capitol corridors again after the coming election.  Both are up for re-election and neither will keep their senate seat, although little boy Rubio already had a temper tantrum at the last debate and shouted he wasn’t running because nothing ever got done.  Well, you have to show up to vote consistently and keep your nose out of the behinds of the Gang of 8 in order to get any thing accomplished – he has failed miserably in all things except one.

He has succeeded in screwing over and betraying the voters that voted him into office.  Sadly the entire country suffers for this anchor baby’s longing to screw America over and turn her into a borderless North American Union!  WE WILL NOT FORGET THIS- EVER!!