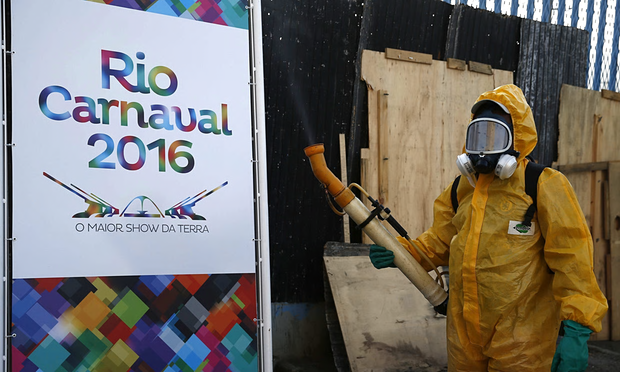 The media propaganda is warning us of the new virus called Zika virus that is spread to people through mosquito bites.  Last night an expert on the virus was on Faux news telling people it was coming out of Africa….other reports are saying it is coming out of South America. So which is it? Info from article below states that •Prior to 2015, Zika virus outbreaks have occurred in areas of Africa, Southeast Asia, and the Pacific Islands. So now it has a history? But most importantly now….it is in Brazil.  Is it time to go down another rabbit hole?  A long, deep one lined with BRICS?
The expert was downright amazing to let us all know that a possible epidemic was on the horizon if we didn’t heed travel advisories. Now will he also advise the mosquitos not to travel here as well? I just wondered, the last thing we need are traveling Zika virus carrying mosquitoes. The expert also told us this was a NEW AND RARE VIRUS…then he said it caused birth defects, babies born with small heads. So….it can’t be too new….they have live birth defect stats? He did not have any photos of this but we must trust him as he is an expert.
He then said it was spread by blood transfusions? I wondered if he was referring to the mosquito on that bit of information as I doubt there were a lot of blood transfusions going on in the areas he said it was coming from in east Africa? But now we see it is from Brazil so, maybe? But, why are they accepting blood from people who show the symptoms of this? You know, the fever, rash, joint pain, and conjunctivitis (red eyes)? Yet, the symptoms he said are usually mild lasting from several days to a week. He let us know that hospitalization is uncommon. The only thing to fear is having babies born with small heads. No one wants that so don’t travel to these areas.
Stay clear of Brazil and if you are pregnant do not attend the Olympic games. Is that the message?  Are they trying to boycott the Rio 2016 Olympics?  Time will tell.
The question of the day is this….”Is the Zika virus another Ebola scare? If so, why?” Will we see illegals coming across the border spreading Zika to unknown populations because they got a blood transfusion before they came over? Will they have gotten it by a mosquito? Will they bring the deadly Zika virus mosquitos with them? They told us it was not contagious….you just get it through blood transfusions and the mosquito itself?
This brings me to the final question….”What have they made in big pharma to cause the Zika virus…or was this a cloned mutation from an eugenics experiment on insects? And where did they come up with the name Zika? Was that the name big pharma gave it or is that a place somewhere in Brazil or Africa?
Note: •If you have Zika, avoid mosquito bites for the first week of your illness. (After that? Is it okay to get mosquito bites?) During the first week of infection, Zika virus can be found in the blood and passed from an infected person to another mosquito through mosquito bites. (Avoid biting mosquitos or having mosquitos bite you.)
An infected mosquito can then spread the virus to other people. (I thought that was how it spread in the first place?)
Is Zika virus for real or is this another hoax to direct the sheeple?  Time will tell.
Read more here: https://www.dcclothesline.com/2016/01/30/is-the-dreaded-zika-virus-another-giant-scam/
Official Zika Virus Link: https://www.cdc.gov/zika/symptoms/index.html
Dianne Marshall
P.S. Be sure to stay tuned for more news alerts on Zika Virus. The media is sure to keep you informed.