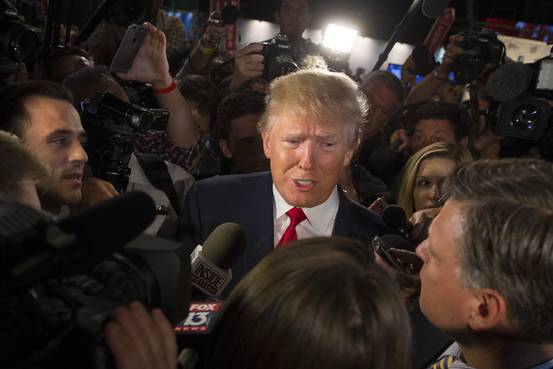 Think about how many Americans of voting age do not vote?  The numbers will blow you away.

America has roughly over 300 million Americans.

There are approximately 230 million adults eligible to vote.

Out of the 230 million who are eligible, there are approximately 170 million registered to vote.

Out of those registered to vote, generally 42 to 60 percent turn out to vote.

(This includes Mickey, Minnie, Jimmie Johns, and Aunt Thelma who died in 1945 along with numerous other ancestors.)

Trump has awakened the silent majority.  People who have not bothered to vote in years, and some who have said they have never voted are now in line to vote for Trump.  This is a phenomenon the establishment did not expect, nor did they want.  They are doing their very best to hide these facts from the public by skewing  the polls and hyping up those who are not attracting large crowds in an all out smear campaign to psych out the momentum of the Trump excitement.

The truth is there is a huge movement taking place and the silent majority are awake and they aren’t going to take it anymore.  There will be an all out effort to make certain that Mickey, Minnie, Jimmie Johns, and Aunt Thelma who died in 1945 along with numerous other ancestors are not allowed to vote this year!

Our mission will be to get the other 53 some million registered voters out to vote for TRUMP! And work on registering the other 60 million eligible and get them to the voter booths!

Ignore the propaganda and stay focused on the prize!  A TRUMP PRESIDENCY!