World Leaders Knowingly Take In Jihadist Refugee Trojan Horses And Tell Their Citizens To Shut Up And Value It! Why? Think About That One! - The Marshall Report Skip to the content 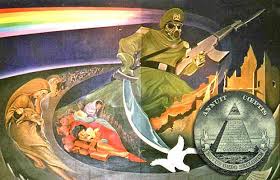 When will we all just admit that the United Nations and their little groups who research and write manuals showing how to move the people along into a new world order by the nations and all the pages of “how to do it” are the most dangerous weapon being used against humanity? If their NWO was so good for all mankind, why don’t they tell the people?  Why do they hide it and plan to deceive behind closed doors? If it were so good, don’t you think the masses would like it too?
When will we all admit that the goal to have one world order is sinister and evil?  When will nation leaders admit that bringing in terrorist refugees is the plan all along to create chaos, and destroy the old world order riot style?  And when will the Nation’s leaders who are involved admit that they have traded their people off in exchange for New World Order Goals and promises to live in the finest places within their new utopia?
When are the nations leaders going to tell their people that this is all a part of a culling process.  You know…depopulating them. Band – explosion – scream…you are gone.  They are evil, and gutless.
That being said, when will the people rise up and take their nations back and rid the leadership seats of the tyrants who have betrayed them?  The terrorists keep arriving in droves to European nations and throughout the world – except in the nations that know who they really are – like Saudi Arabia.  Russia, Mexico, and Iran.  They know who they are and they are not endangering their nations.  It is time to wake up and get rid of NWO leaders and the great merchant puppet masters.

The games are over.  Don’t slap me upside the head and tell me I imagined it!
Dianne Marshall