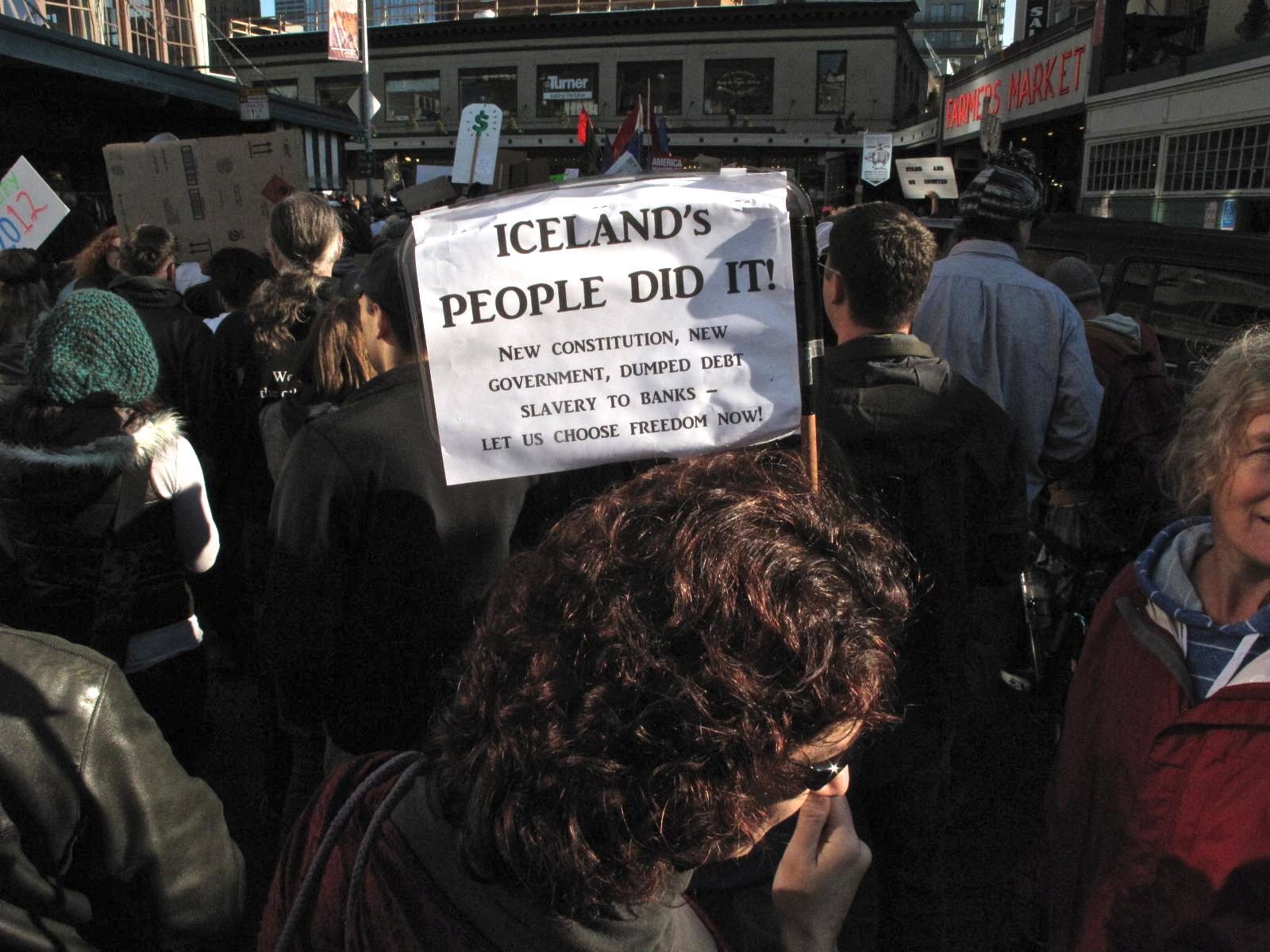 Why weren’t U.S. citizens given the information about the ousting of the Icelandic government and the jailing of the crooked Rothschild’s bankers by its’ citizens? I remember hearing something about this on line…but the story I heard gave the appearance that the government kicked out the crooked bankers. I remember thinking, “Hooray for Iceland! We need to do this!”. I never heard of the real truth of how the people overthrew their government, kicked out the bankers, and formed a new constitution.
“A similar situation happened in the U.S. just one year before the collapse in Iceland, with the mortgage crisis of 2007. Mortgage lenders in the U.S. knowingly lent money to prospective homeowners who could not afford to purchase a home. This, in turn, led to falsely inflated home values and a vicious cycle of too much lending. Just as in Iceland, the bubble burst and many U.S. banks were about to declare bankruptcy. In Iceland, the citizens took to the streets by the thousands, banging pots and pans in what is known as the “pots and pans revolution,” leading to the arrest and prosecution of many unscrupulous bankers responsible for the economic collapse. Icelandic citizens also refused to pay for the sins of the bankers and rejected any measures of taxation to bail them out. In the U.S., the government bailed out the banks and arrested no one.” (From article by Satyapriya – see link below)
Were the establishment puppet masters afraid of what the American people might do if they heard about this the next time they got angry at all the corruption coming out of Washington and the globalist agenda? Were they afraid that this may become a reality here? We now know that the Iceland government was over thrown by its’ people and our media was silent.
It appears to be true that the government and media owners are strong arming their reporters and those that supposedly report the news are nothing more than propaganda mouth pieces.
An example of this faux journalism gone upside down and inside out was the recent media puppet suicide seen by all from the National Review’s attempt to attack the people’s frontrunner in the 2016 election Donald J. Trump. Heck, the entire election coverage and Trump attacks on him and his supporters has been a blatant example of corruption and witchlike ordering of flying monkeys to go get Dorothy, the scarecrow, tin man and cowardly lion.
Presently we are watching another example of a paid for out of control puppet, Glenn Beck. He is having melt down after melt down on the campaign trail trying to force people to like the establishment puppet Rafael Edward Cruz. However it now seems Cruz is just there as a prop to listen to Beck ranting and raving. But, we must remember he is Ted Cruz and he approves this type of endorsing. He is giving the nod to all of the dramatic Beck demands of his “will to be done or else” mandates to the people. Cruz stands on stage next to his side, looking like a nerdy high school kid with bad blue jeans while Beck acts like the poster child for insanity on steroids. Or are these his own demands at all? Are they the demands of the ones who hand him his gold? Could it be he fears losing his own donors and coveted position as “powerful propaganda influencer”? It looks very sad and very pathetic. I’m sure they high five each other after every event. It is obvious they are so self-absorbed they have no clue how they are really coming across to the world. It is scary to watch. But at least who they really are is shining forth for all to see.
Now that the people are becoming aware of the power of the people in Iceland…I’m sure we will see a lot of cooler heads in the media. The war games will have to end. It is clear the majority of American people want Trump. To try and sabotage that any further….could bring out the “Pots and Pans” side of the people.
Please read the article “Icelanders Overthrow Government And Rewrite Constitution After Banking Fraud – No Word From US Media” – https://collectivelyconscious.net/articles/icelanders-overthrow-government-and-rewrite-constitution-after-banking-fraud-no-word-from-us-media/
Excerpt from article :
“The pots and pans revolution in Iceland was not covered by mainstream U.S. media. In fact, any information about this revolution is found only on international newspapers, blogs and online documentaries, not on mainstream front-page articles as would be expected from news organizations covering a story of this magnitude. The New York Times published a small handful of piecemeal stories, blogs and opinion pieces, but mostly glossed over the main narrative by saying the 2008 financial collapse in Iceland caused “mayhem far beyond the country’s borders” rather than pointing out that Icelanders took to the streets with pots and pans and forced their entire government to resign.”

Please watch the documentary on “The Pots and Pans Revolution”.
Dianne Marshall