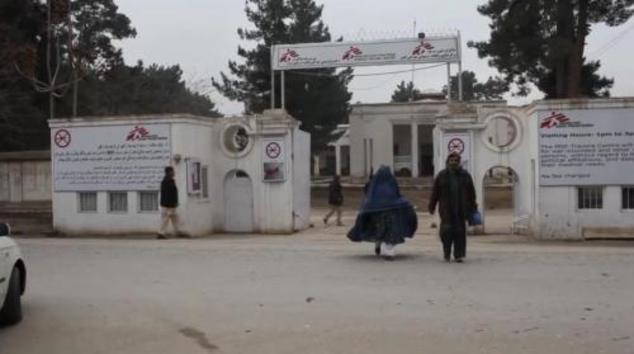 KUNDUZ, Afghanistan — WikiLeaks is crowd-sourcing funds to pay a $50,000 bounty for video and audio of the U.S. airstrike on the Doctors Without Borders hospital in Kunduz, Afghanistan.”We are raising a U.S. $50,000 bounty to obtain the footage, the cockpit audio, the inquiry report and other relevant materials such as the Rules of Engagement active at the time,” WikiLeaks said in a statement.

The United States carried out an airstrike on the hospital on Saturday, killing at least 22 people.

Gen. John Campbell, the top U.S. commander in Afghanistan, said the airstrike was a mistake and that the U.S. military “would never intentionally target a protected medical facility.”

Staff for Doctors Without Borders, known officially as Mdecins Sans Frontires, left the bombed hospital on Sunday. At least 10 patients and 12 MSF staff died in the airstrike conducted by an AC-130 gunship.

“MSF believes that the killings amount to a war crime,” WikiLeaks said in a statement. “The AC-130 records its attacks with high-resolution gun cameras. According to military procedure, this footage should have been retained along with the cockpit audio. A post-massacre inquiry report referred to as an ‘AR 15-6’ should have also been commissioned.”

U.S. President Barack Obama on Wednesday apologized for the devastating strike. MSF has called for the International Humanitarian Fact-Finding Commission, created under the Geneva Conventions, to investigate.

“It is unacceptable that the bombing of a hospital and the killing of staff and patients can be dismissed as collateral damage or brushed aside as a mistake,” MSF International President Dr. Joanne Liu said at a press conference in Geneva. “This was not just an attack on our hospital. It was an attack on the Geneva Conventions. This cannot be tolerated.”

The bounty is part of the continuing “competition system” by WikiLeaks, called Prize for Understanding Good Government, or PUGG, to offer financial rewards for documents, allowing the “public to pledge prizes towards each of the world’s most wanted leaks.”

WikiLeaks, founded by Julian Assange, previously offered a $100,000 bounty for the remaining chapters of the secretive Trans-Pacific Partnership agreement.

MSF recently released footage of the Kunduz hospital before and after the bombing.Andrew V. Pestano.