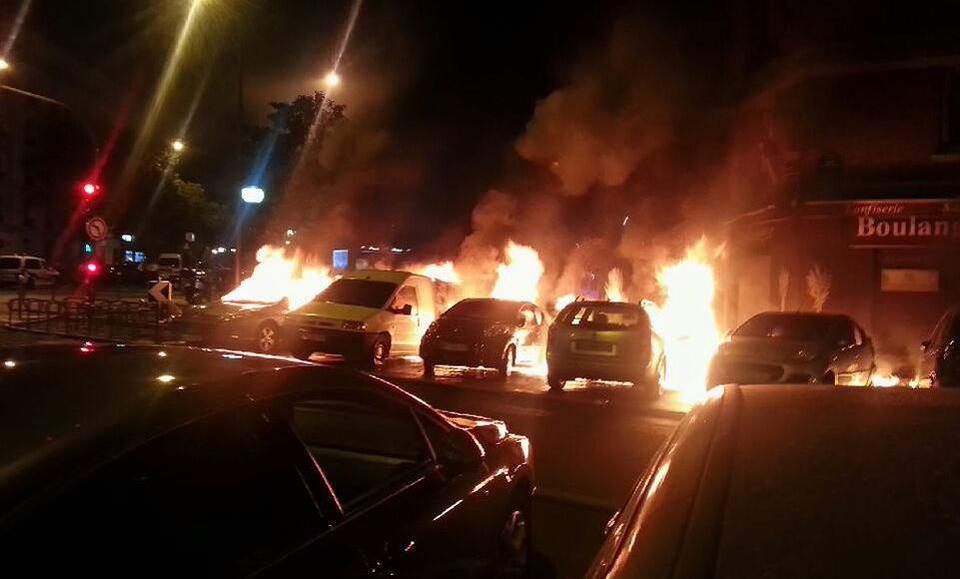 Why is the news acting surprised at the Islamic terror in France?  Have they forgotten all the mess they created ever since they allowed them all in?  Remember all the riots and cars being burned in 2013? 2014? 2015?  Thousands of them! One more stupid idea of standing down and giving room to destroy.  It is the Islam way to celebrate the new year in France.  Give me a break!

Has the news forgotten all the insane madness of these Islamist extremists?  All the rioting and protests?  It is sad that they have not heeded all the evil before it reached epic proportions and before it spread throughout the world.

Now we have the same insane leaders who went along with the NWO ideas of those in charge of trying to tell us how to fix it at the same time they are continuing to do all the things that created it and are fanning the flames. Yesterday’s news was old news, but now made main stream headlines for a strange reason?  It is all part of Obama’s coupe to topple Assad and continue the NWO plans.

Face it folks, they want their world war III, the one they have written about and designed that is fought between the western world and the Muslims.  It is here and it is going on right now.  Wake up and do not allow them to continue to play their evil games at the expense of the entire lives of people in all nations.