WHY IS TED CRUZ GIVING FIORINA’S CAMPAIGN MONEY? ARE HEIDI AND CARLY GOING FOR A NORTH AMERICAN UNION UNDER A CRUZ /FIORINA TICKET? - The Marshall Report Skip to the content 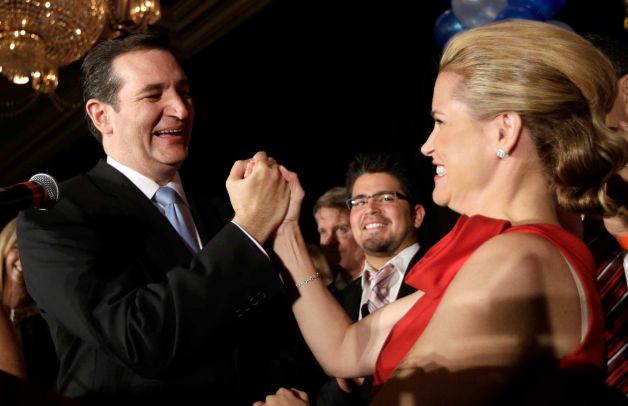 I don’t know how many receive emails from every candidate just because you are either Republican or Democrat…but I am Republican and recently received an email message from Ted Cruz asking me for campaign donation to keep him in the campaign or he would have to drop out. He stated he was $924,000 short and needed about 300 plus donors, etc. Ending with he needed me to act before midnight. Etc. It was very urgent.

A day or two later, I received another request from Ted stating he needed money in the amount I believe about 200 hundred thousand or he was going to drop. I did not reply.

A week or so later, on Facebook, I came across a picture with Carly and Cruz. Here is the punch. The article was stating that Ted Cruz give Carly F. one half of his campaign money? Naturally there was never an answer as Ted just stated i don’t how she got the money? Or something similiar and the issue appears to have been dropped.

Now, Sunday on my favorite blog talk radio show (that I have been a faithful listener to for over 4 years), they mentioned that someone wrote in a blog about Ted Cruz for President but she was unsure. The host had talked about Ted needing money and then giving money to another’s campaign.

This got me thinking because I have also come across posts where Ted Cruz’s wife Heidi Cruz is a member of the Council on Foreign Relations and helped write the Manual on how to merge America into a North American Union. One of the things they planned to do was mass immigration that created illegal immigration problems and would lead to a borderless America. That is in their manual. Again, Ted’s wife Heidi helped write this manual. Heidi is also on leave from Goldman Sachs in order to help her husband Ted in his campaign.

I also learned that Carly Fiorina Foundation was heavily donating to planned parenthood to the Ayco Foundation which is a subsidiary of GOLDMAN SACHS, which controls the Fiorina

Foundation. Heidi Cruz is currently the head of the SW region in the Investment Management Div. of Goldman Sachs and company and I wouldn’t be surprised if there were many others – as rumor has it so. Coupled with the issue a few weeks back with Ted ‘s plea to people for funds that could of been given to Carly in the order of campaign funding help, it is just odd to me that he would do that? After all he is a GOP candidate running against Carly. More or less my gut feeling tells me there may be a hidden agenda here.

This is a huge red flag and my gut tells me that both candidates need to vacate. It smells like the GOP establishment at work.   What say you?