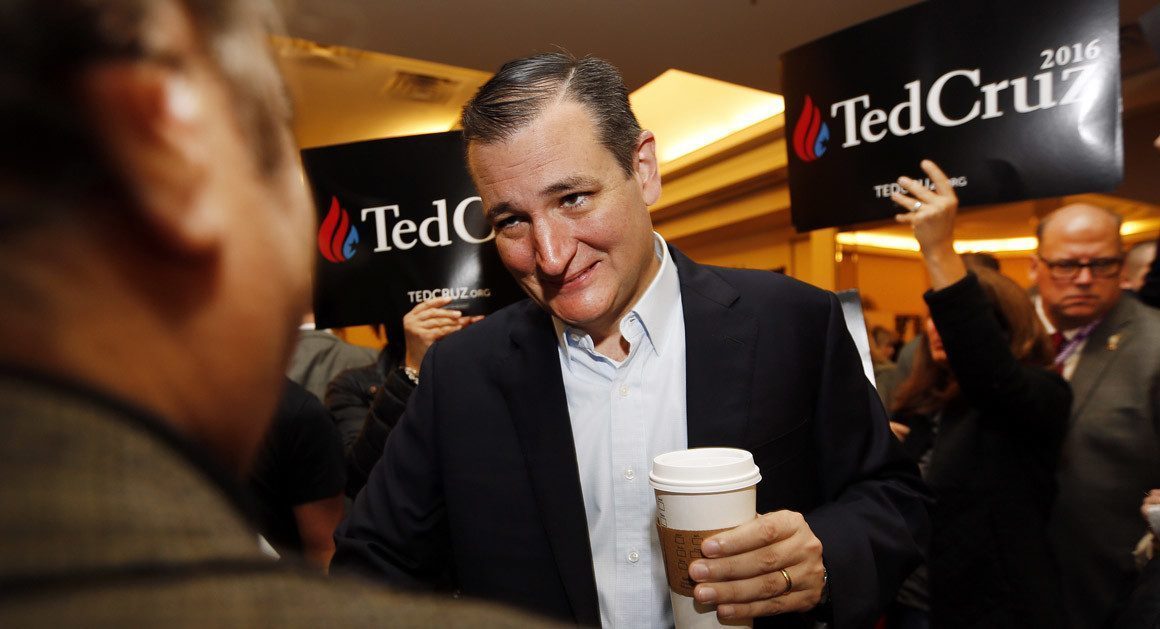 In case some of you missed this one, Senator Cruz voted in favor of giving President Obama the right to treat the “treaty” with Iran as nothing more than an executive order, rendering Congress completely useless in the process. In essence he gave the nod for Obama to use his “pen and phone”-style executive order to wield his foreign policy.
It’s the single-most vital terror-related issue of our lifetime – and Cruz voted to do the opposite of what every American wanted done with the deal. He was even one of the Keynote speakers shouting out against it at the “Stop Iran Rally”.
For me, it was just another obvious display of Cruz saying one thing very conservative and doing another thing very liberal.  But for the evangelical conservatives….many don’t even know he voted for it, and those that do are blinded by his Shakespearean poses as he claims, “I am the most conservative candidate running- vote for me.” bla, bla, bla.
When questioned, double talking Cruz said that by voting in the overwhelming majority to give President Obama the right to make it an executive action that he was “hoping to slow down the process.” Wow? Can you imagine as commander in chief, Cruz using logic like that and hope our aggressors slow down whatever process they are moving toward? I can because it sounds just like his poison pen amendment strategy! You know add an amendment so something won’t get passed and it does? Or after filibustering Obama Care, Cruz votes for the house bill anyway? The guy is either a simpleton or a liar after the fact. But go ahead and believe his double talk, as he says – talk is cheap, you shall know a candidate by his WORKS. Well, so far all his talk is cheap and his works go against conservative values and especially against the will of the people.
When Cruz claims to be the principled, filibuster-owning, stand up for conservative values tea party guy with his mouth, and ends up helping Obama further the abuse of executive orders – and to do so on the single-most vital terror-related issue of our lifetime, I say his works speak so loudly I can no longer hear what he is saying!
Dianne Marshall