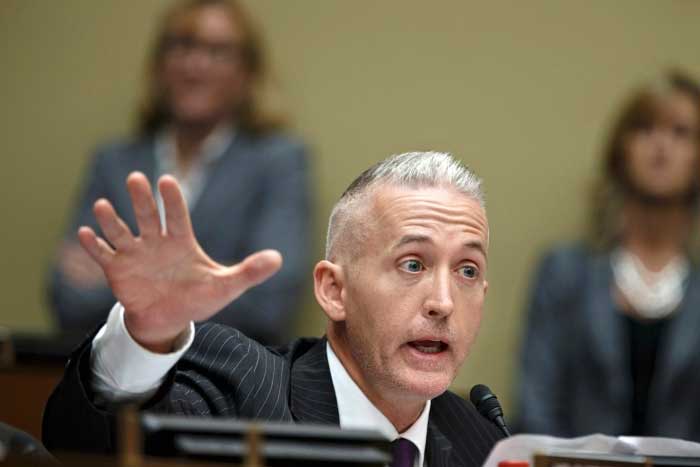 Trey Gowdy goes after Hillary on Benghazi, but lands no conviction.    Gowdy goes after the IRS but gets no where.  Gowdy talks a good program and tears into the ones before the committee and it makes for good theater for those seeking justice….but ask yourselves America…..who has he ever convicted in these committees?  Why are the bad guys getting off the hook?
He couldn’t even get anyone to respect his subpoena’s.  It makes me wonder?  It has been stated that he never lost a case as a prosecutor in his career.  Does it make anyone else wonder?
I’ve been wondering about this ever since the last Hillary 11 hour Email Server Trial program brought to us by C-Span.
Dianne Marshall