It is beginning to look like President Trump just might be the MYSTERIOUS  “Q” Anon.  If not him,  whoever it is has truly been following the President and knows his history. 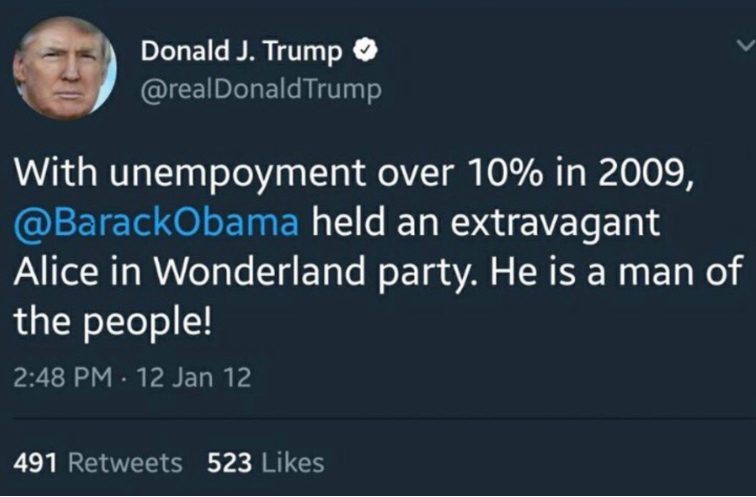 It seems President Trump has been exposing many things as they were taking place. He has always been sending messages to the people….not coded… written simple and in the light of day for all of those with eyes to see to see.  While the media foolishly laughs at his words, those skilled in rabbit hole reporting find the nuggets he is dropping and share them with the world.

In the recent “Q” Anon reporting there is a reference to Alice and Wonderland.  These tidbits have to do with “Pizza Gate” and sex scandals in high places.  Now, what makes this tweet most interesting is that it exposes several dots that are connected.  One dot is that on May 14, 2009 Obama sent a chain email inviting a select guest list to come to Hot Dog Friday which ended up costing tax payers around $65,000. The information was revealed to the public by WikiLeaks., read below, or  Click to read more. 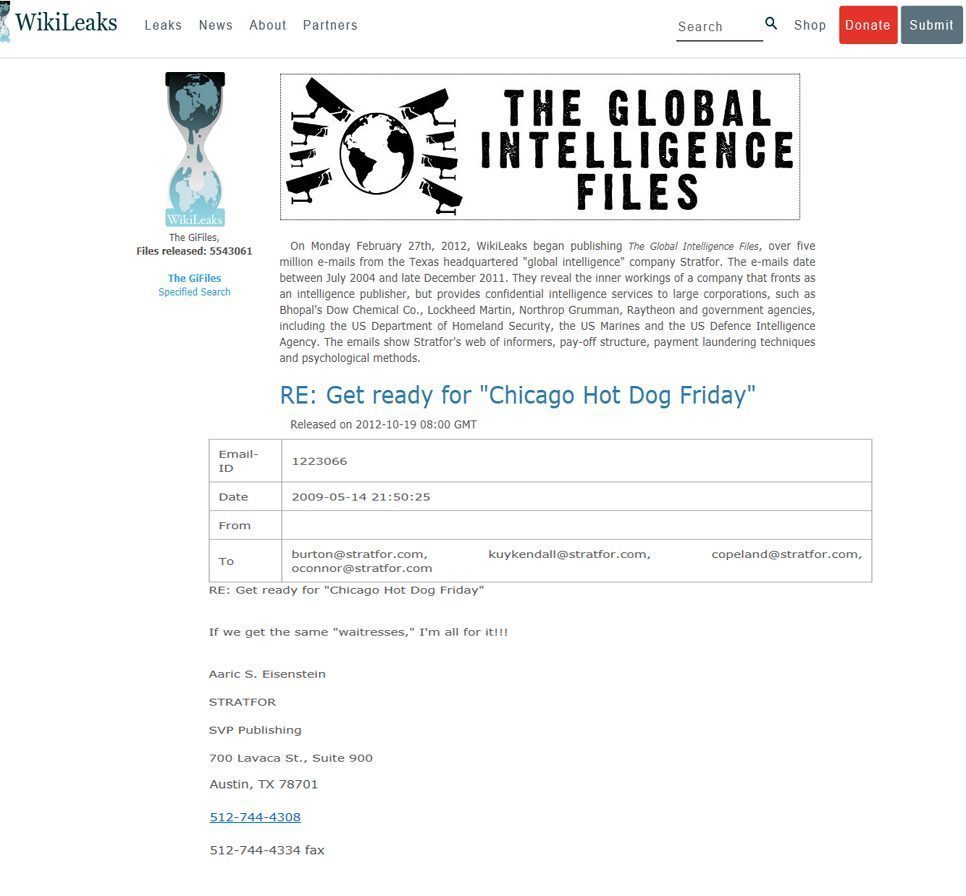 From: Fred Burton [mailto:burton@stratfor.com] Sent: Thursday, May 14, 2009 2:39 PM
To: ‘Don Kuykendall’
Cc: ‘Aaric Eisenstein’; ‘Darryl O’Connor’; ‘Copeland Susan’
Subject: RE: Get ready for “Chicago Hot Dog Friday”
I think Obama spent about $65,000 of the tax-payers money flying in
pizza/dogs from Chicago for a private party at the White House not long
ago, assume we are using the same channels?

From: Don Kuykendall [mailto:kuykendall@stratfor.com] Sent: Thursday, May 14, 2009 1:59 PM
To: ‘stratforaustin’
Subject: Get ready for “Chicago Hot Dog Friday”
To celebrate all you hot dogs out there. Aaric, you can participate as
well!

AND NOW FOR THE REST OF THE STORY…. WONDERLAND…. 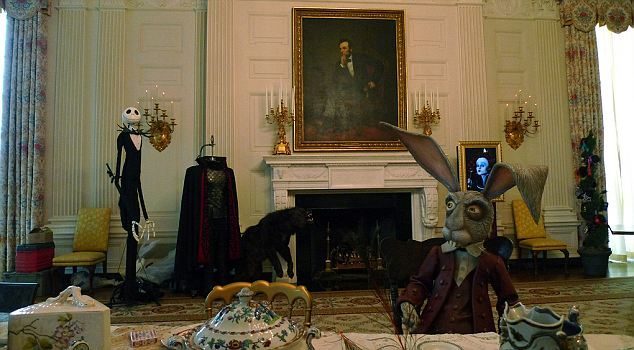 Yet, Obama and his cohorts kept a second and even more expensive grand scale party secret for two years .  When caught, they said they did so because the administration was aware that it would be in poor form for them to host an extravagant party when so many were suffering financially?  Do you buy that answer?  I don’t.  To me that answer is a big red flag with a side bar shouting, “it’s none of your business”. 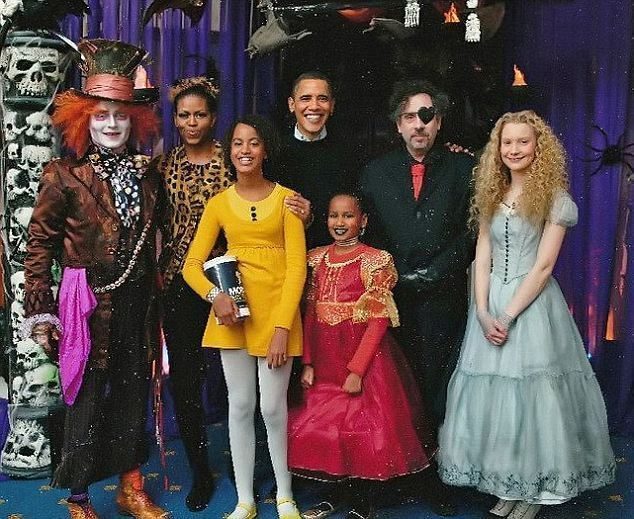 No one would have known about it at all except the initial news of the party came from a book, written by New York Times journalist Jodi Kantor.  I guess the pics were for the Obama family album, or maybe part of the sealed docs for his (never to be built) wonderland library.   Therefore, the Trump tweet is obviously referring to Obama’s ALICE AND WONDERLAND gala thrown in secret at the White House on Halloween.   CLICK to read full story:  Alice and Wonderland.

What makes this story more relevant today than when it was written is the guest list.  Add the guest list names to what we now know about Pizzagate, the world wide pedophile sex scandals, child trafficking, DCFS corruption,  the D.C. sex scandals, and the ongoing Celebrity  sex slave melt down!  Connect the dots and look at the names involved.  Some of the biggest haters of President Trump are on the guest list.  Names like   George Clooney, Brad Pitt, Johnny Depp and Jay-Z.   Many of the names were never listed read the article in the link above. 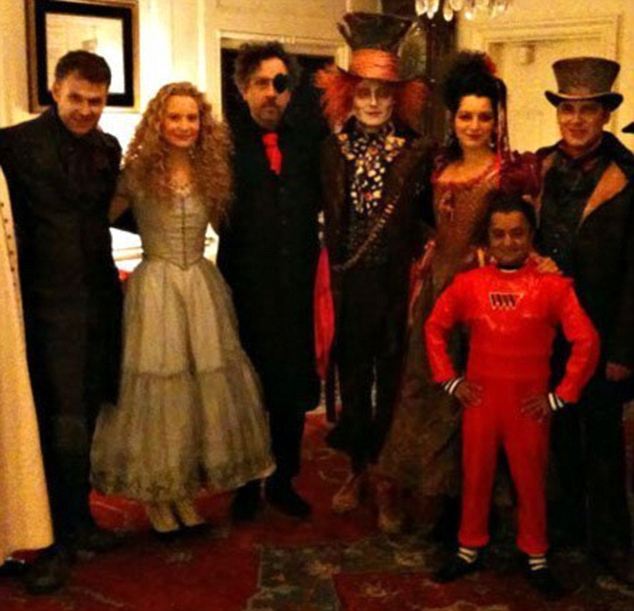 The Obamas were able to keep the party under wraps by leaving the actor names like  Johnny Depp and director Tim Burton off the White House visitors logs.  The records, which the Obama administration posts online in an effort to promote transparency, did not list the two stars who helped host the party that later came under attack  when the public learned about it. 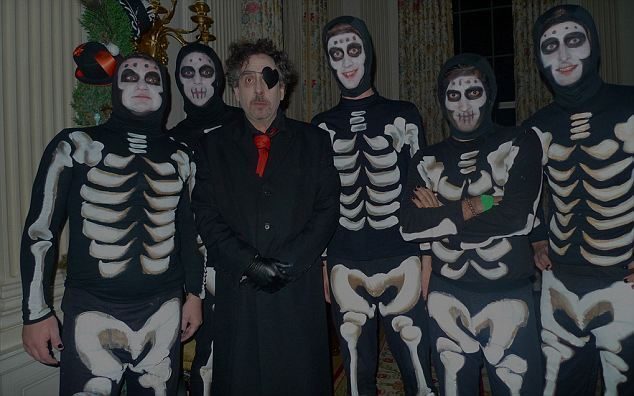 Like they always did, the Obama Administration officials dismissed any implication of a cover-up. They firmly stated  that celebrities who visit the White House while working are not considered guests, and therefore not listed in the logs.   GOOD GRIEF!!! 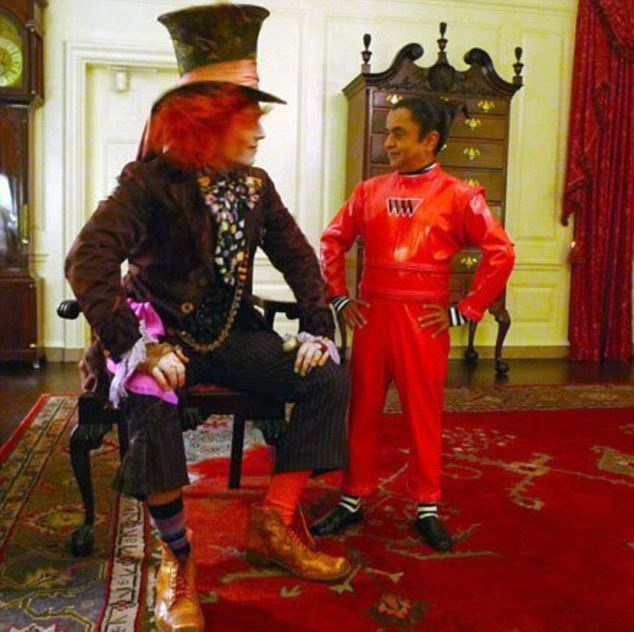 “Entertainers and production crews who are working events are generally not WAVED in since they are not guests visiting the White House, they are working,” an anonymous administration source told Politico.  These are the types of comments that  motivate rabbit hole dot connector’s to go down dark holes and research overtime.

So as “Q” Anon (whoever that is) continues to give out clues, and good ones they are, keep your eyes on all the tweets and don’t dismiss any thing President Trump says or tweets as “dumb”.  Every word is a big fat crumb!  And at times it is the biggest, most beautiful, delicious piece of chocolate cake ever! 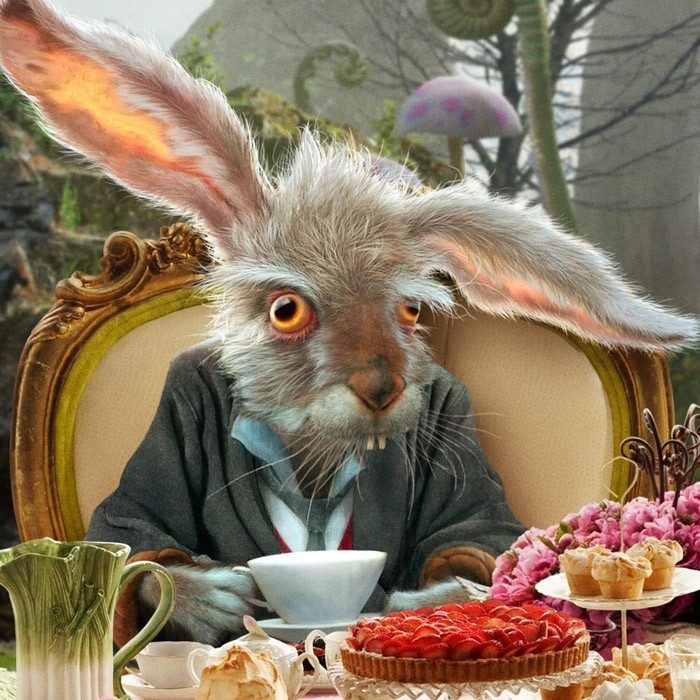 DOWN THE RABBIT HOLE – BONUS CRUMBS:
Let’s start with Lewis Carroll, the writer of Alice In Wonderland,  and the BBC documentary titled “The Secret World Of Lewis Carroll.” –A BBC documentary that sheds a new light on the creator of Alice in Wonderland. Was he a pedophile?  Click on link: https://news.artnet.com/art-world/was-lewis-carroll-a-pedophile-his-photographs-suggest-so-237222

White house mystery guest, Tim Burton, worked with a lot of pedophile actors.  He made the movie “Pee-Wee’s Big Adventure.” The star of that movie was Paul Reubens, who was arrested for having child pornography. Danny Elfman, the composer of Pee Wee’s Big Adventure, is also connected to pedophilia. He once made a famous music video about little girls pillow fighting with a child predator. Tim Burton also made the movie “Beetlejuice.” One of the actors, Jeffrey Jones, was arrested in 2002 for child pornography and accused of making a 14 year old boy pose for nude photographs.  David Geffen, a billionaire involved in producing the Beetlejuice movie, has many connections to pedophiles.

See the film “An Open Secret” The truth based  film identifies a pedophile ring led by a convicted sex offender named Marc Collins-Rector, who had ties to the rich and famous in Hollywood. Collins-Rector established an Internet-based TV company called Digital Entertainment Network (DEN).  Click on link:  https://www.aim.org/aim-column/exposing-hollywood-pedophiles/

Could  Tim Burton be involved with the Hollywood /Elite/D.C. pedophilia ring? Or does he just have some bad friends?