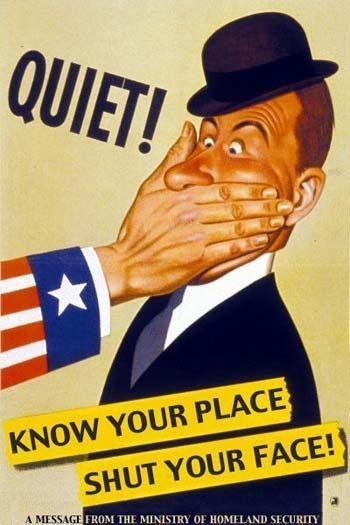 Republican National Committee Chairman Reince Priebus closed his eyes on the subject when asked whether Cruz is eligible to run for president. He said,
“I’m not going to get in the middle of all these candidate issues. It’s a bad place for me to be,” he told Time Magazine. “I’ll let all these folks argue about this stuff, and I’m going to stay out of it.”
This coming from the one who has to have his loyalty pledges and has stuck his GOP nose in not only the middle, but the face of the entire Trump campaign? Give me a break. It that’s not a telling sign, I don’t know what is.
How many of you believe for one second that if Trump had a whirly, all over the place questionable birth citizenship issue, the GOP wouldn’t be all over him to get out of the race?
But, let’s remember Rubio is blatantly in all our faces with no parents being a natural born citizen at the time of birth, thereby making him only a citizen if you count anchor baby status. Thereby he is a (if you stretch it out as far as it can stretch) a naturalized citizen, and not natural born.
It’s all getting old and with four state challenges and more looming….isn’t it time to have Cruz show us his consulate papers? The ones his mother would have had to sign to secure his USA citizenship?
Just show the documents and we who question will let it be. We just don’t want to have a repeat of trashing the constitution like we did with Obama. After all, we have learned our lesson here. Those who say, “He isn’t going to win anyway, why the fuss?” I’ll tell you why the fuss. It is against the law of the constitution and it takes votes away from all the other candidates running. Not to mention the mess it will create when the democrats come out and force the challenge and they can’t prove eligibility.
I the GOP isn’t vetting this issue, they give the appearance of being a part of it.
I’ve been called so many bad names and accused of awful things just for asking to see the proper paper work. The same paper work Lawyers, congress persons, senators, and millions of other citizens are asking to see. It seems when you question the obvious, and the person can’t show proof, you are to shut up or your name is slandered. The one who questions becomes the evil one. That’s called political correct weaponry 101. It has worked for a long, long time. Today, I don’t give a dang what you call me. If he can’t prove it then he is not eligible. The same as I would not be able to get a social security card if I could not produce the proper paper work.
Cruz can continue to call electorates who want to see proof of eligibility to run, those pushing, “fevered swamp theories” on the Internet. But, Congress was empowered by the Constitution to “establish an uniform Rule of Naturalization, and anyone acquiring citizenship solely under the exercise of this power is, constitutionally speaking, a naturalized citizen. Cruz was naturalized (presumably at birth) by statute under Congress’ power to make a uniform rule of naturalization. And since he (apparently) has no other claim to U.S. citizenship, he cannot be considered a “natural born” citizen.  (link). Trump and all those questioning are correct, the issue is a big problem for both Cruz and Rubio.
Dianne Marshall
https://www.washingtonpost.com/news/post-politics/wp/2016/01/11/iowa-governor-branstad-knocks-cruz-on-canadian-birth/

Senator Ted Cruz Was For The Constitution, Before He Turned Against It…