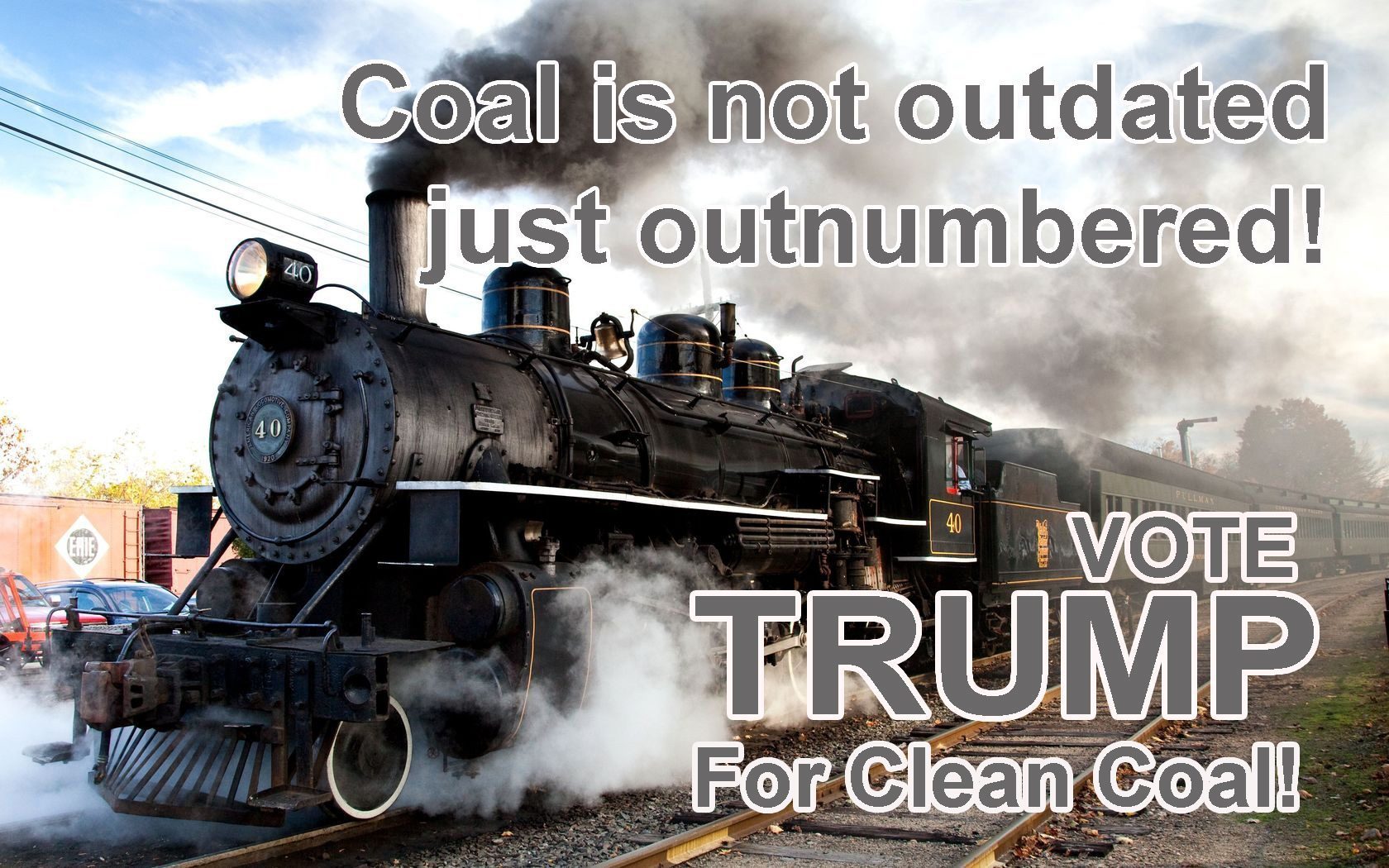 It’s time to ride the TRUMP LOCOMOTIVE to make America great again and quit looking at yesterday’s politically incorrect labels that only served to lead the blinded sheep to the voter booths for the establishments darling candidate. Just say no to establishment propaganda!
Did you know that US coal markets dipped to a six year low in 2015 while world exports flooded global markets like India and China! If you haven’t figured it out yet, climate change is a hoax to control and destroy world markets for establishment agendas.
“Exxon, the world’s biggest energy company by market value, forecasts that global coal demand will peak in 2025 but that oil demand will remain strong through 2040 and beyond. Exxon plans to invest $185 billion in energy projects in the next five years. The company says that so-called unconventional supplies of oil — deepwater drilling and oil sands extraction, which are more expensive and pollute more CO2 — will increase 30 percent by 2040.” (Bloomberg Business)
Always watch what the other hand is doing! Vote Trump – don’t let the establishment close down coal so they can come in and buy it out! TTIP is around the corner – know the agenda! Big oil is looking out for their own interests….the only one looking out for you is Trump!  Remember big oil owns Cruz!
Dianne Marshall
Remember – If you like your job you can keep it? Only if you live in Mexico or China!Vote Trump for made in America!