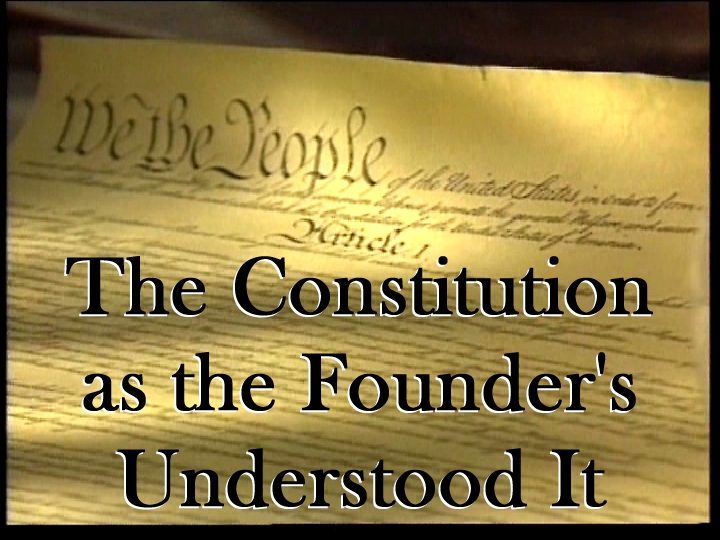 In response to the article “Natural Born Citizen and Naturalized Citizen Explained Once And For All!
Written by  Alan R. Treski, Esquire (FB Alan Treski)
I wrote the same conclusion last year and forwarded my legal conclusions with cites to Trump…obama likewise is NOT a “Natural Born Citizen” he is only a “Citizen” through his mother……….OUR FOUNDING FATHERS APPLIED VATTEL’S CONCEPT OF “NATURAL BORN CITIZEN” IN OUR CONSTITUTION:
“No Person except a natural born Citizen, or a Citizen of the United States, at the time of the Adoption of this Constitution, shall be eligible to the Office of President; neither shall any Person be eligible to that Office who shall not have attained to the Age of thirty five Years, and been fourteen Years a Resident within the United States.”
ARTICLE II, SECTION 1, CLAUSE 5
Our Framers had no need to define “Natural Born Citizen” in the Constitution, because by the time of the Federal Convention of 1787, a formal definition of the term consistent with the new republican principles already existed in Emer Vattel’s classic, Law of Nations. It is well known, that Our Founding Fathers used the “Law of Nations” as their reference during discussions and ratification of the Constitution. During 1775, Charles Dumas, an ardent republican [as opposed to a monarchist] living in Europe sent three copies of Vattel’s Law of Nations to Benjamin Franklin. Here is a portion of Franklin’s letter of Dec. 9, 1775 thanking Dumas for the books:
“… I am much obliged by the kind present you have made us of your edition of Vattel. It came to us in good season, when the circumstances of a rising state make it necessary frequently to consult the law of nations. Accordingly that copy, which I kept, (after depositing one in our own public library here<<<Philadelphia where the Continental Congress was meeting>>>, and sending the other to the College of Massachusetts Bay, as you directed,) has been continually in the hands of the members of our Congress, now sitting, who are much pleased with your notes and preface, and have entertained a high and just esteem for their author…”
Our Founding Fathers didn’t spell out what they meant by “Natural Born Citizen” in Our Constitution, because they All understood and knew what the meaning was as defined in Vattel’s “The Law of Nations”…..just like each of us don’t have to define and describe what an “airplane or a pizza” is for us to know what someone is talking about when it is mentioned, “Natural Born Citizen” was known and understood when it was mentioned. Our Founding Fathers were in complete agreement with the ideas of Vattel. Vattel’s reference contained “all the maxims of political and individual liberty that Our Founding Fathers ”advocated!!! From 1776 to 1783, the more the United States progressed, the greater became Vattel’s influence over the policies of Our young Nation. In 1780 his Law of Nations was a classic and became an essential text book in the universities of America.
Prior to the Revolutionary War, the people living in North America were “subjects” of the British Crown. After we won Our War for Independence, we became “citizens” of a New Nation. Vattel provided definitions for our new republican concepts of “citizenship”. Vattel states in Law of Nations, Book I, Ch. XIX, at §§ 212-217, the following:
“§ 212: Natural-born citizens are those born in the country of parents who are citizens” <<<NOTE>>> The Plural Form of “Parent(s)” and “Citizen(s)” are used by Vattel!!! Vattel’s Model and that of Our Constitutional Republic as understood by Our Founding Fathers, Citizens are “natural born” only if they are born from “Citizen(s)” <<<PLURAL>>> & “Parent(s)” <<<PLURAL>>>!!!
The Federal Convention was in session from May 14, through September 17, 1787. John Jay, who had been a member of the Continental Congress (which was using Vattel’s reference, The Law of Nations) sent this letter of July 25, 1787, to George Washington, who presided over the Convention:
“…Permit me to hint, whether it would not be wise & seasonable to provide a strong check to the admission of foreigners into the administration of our national government and to declare expressly that the Command in Chief of the American army shall not be given to, nor devolve on, any but a Natural Born Citizen…”
CONCLUSION:
A “natural born Citizen” is one who is born of parents who are citizens.
Minor children born here of aliens do not become citizens until their parents are naturalized. Thus, they are not “natural born” citizens and can only be “citizens.” Now, their children (grandchildren) can be “Natural Born Citizens” IF they marry another “Citizen or Natural Born Citizen”!!!
Our Framers rejected the anti-republican and feudal notion that mere location of birth within a Country naturalizes the children of a foreigner. <<<<On another issue then, “anchor babies” were NOT Intended either by Our Founding Fathers!!!>>>> Lastly, The Naturalization Act of 1790
Provided that “the children of citizens of the United States, that may be born beyond sea, or out of the limits of the United States, shall be considered as natural born citizens: Provided, That the right of citizenship shall not descend to persons whose fathers have never been resident in the United States . . . .” The “WHERE Question” of Where the child was born wasn’t a Factor to be considered to determine “Natural Born Status” as long as the Children of CITIZEN(S) <<Plural Noun>> at the time of the baby’s birth.
BY: Alan R. Treski, Esquire (FB Alan Treski)
https://www.youtube.com/watch?v=Ca-sfq7l9VA