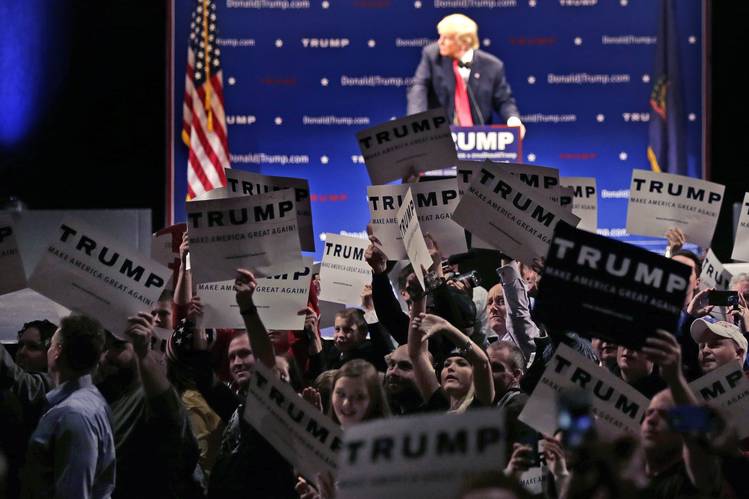 The biggest fail on the part of the GOP and all the establishment elite, especially the pundits, media and big donors is that they still believe the old tactics from their playbook will work on the voter.  They fail to realize that we have caught on to their fraud, their deception, their games, their playbook, and their goals to usher in their new world concepts of a borderless world for trade and government.
These evil characters still believe they can dangle their puppets in our faces and make them sing, dance and tell stories full of lies and deceit and we the voter will believe every lie and never think twice about voter fraud or how it begins with the media and fake polls. They think they can tell us this one or that one is surging when they can’t fill a room let alone attract the mega thousands Trump attracts!
Well our eyes don’t lie, nor does our enthusiasm for the one we believe to have the back bone and guts to stand up to this corrupt system.  There is only one candidate that can have thousands get up in 0 degree weather and wait in line at 4:30 in the morning for a speaking event that does not start until 7:00 at night in a state that is primarily anti-republican.  That man is DONALD JOHN TRUMP!
I mean, I am a solid backer of Trump, but honestly, I would not be in line at 4:30 in the morning in 0 degree weather waiting to hear him at noon, let alone 7:00 PM.  So, that shows the phenomenon  loud and clear.  For over 20,000 people showing up for a 1,400 seat capacity event?  In a state no other republicans will campaign in tells the entire story.  People are fed up with the liars and THEY AREN’T GOING TO TAKE IT ANYMORE!
Trump crowds are historic!  No other candidate in history has drawn so many thousands to every rally.  So don’t tell us he is not winning by a landslide.  Our eyes know better.
This year the election fraud will be sited, it will be declared, it will be exposed.  There will be an army of citizens at every post.  The media best not even try to use their fancy method of calling a district or entire state when only 2 percent of the votes are in!  The people are going to keep tally of their own votes.  They are going to mark a tally on the wall with their name by it showing who they voted for. We will match these up with the numbers the machines declare.  There will be a fair election and the liars and cheats will not get away with their fraud!
Prepare…..and let each one think of how to make sure this election is an honest one.  I gave you my idea….what is yours?
Dianne Marshall