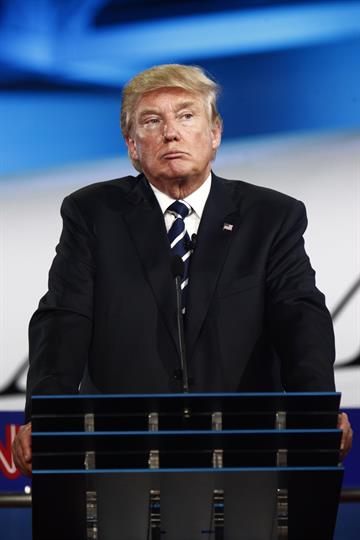 This was not a debate.  This was a reality show for Fox.  Let’s see now…show us the next slide please….Trump what do you have to say now?  Now show us the other slide please… Trump what do you have to say about Exhibit A?  What the heck was that about?
What I would like to see is exhibit A on Rubio and Cruz’s eligibility.  And a few on their records and lies.  Meanwhile…let’s open the remarks for the debate with Romney and his coordinated effort to trash Trump.  While we are at it…let’s show some anti-Trump attack ads from Kasich.  What the heck does any of that have to do with being president?
They all have the same establishment donors and advisors so – that’s all I need to know.  They will carry on more of the same and worse.
TRUMP IS THE ONLY BUSINESS MINDED MAN IN THE ROOM AND THE ONLY ONE WITH COMMON SENSE AND A TRUE LEADER.
PRESIDENT DONALD J. TRUMP IS WHAT AMERICA NEEDS!
Dianne Marshall