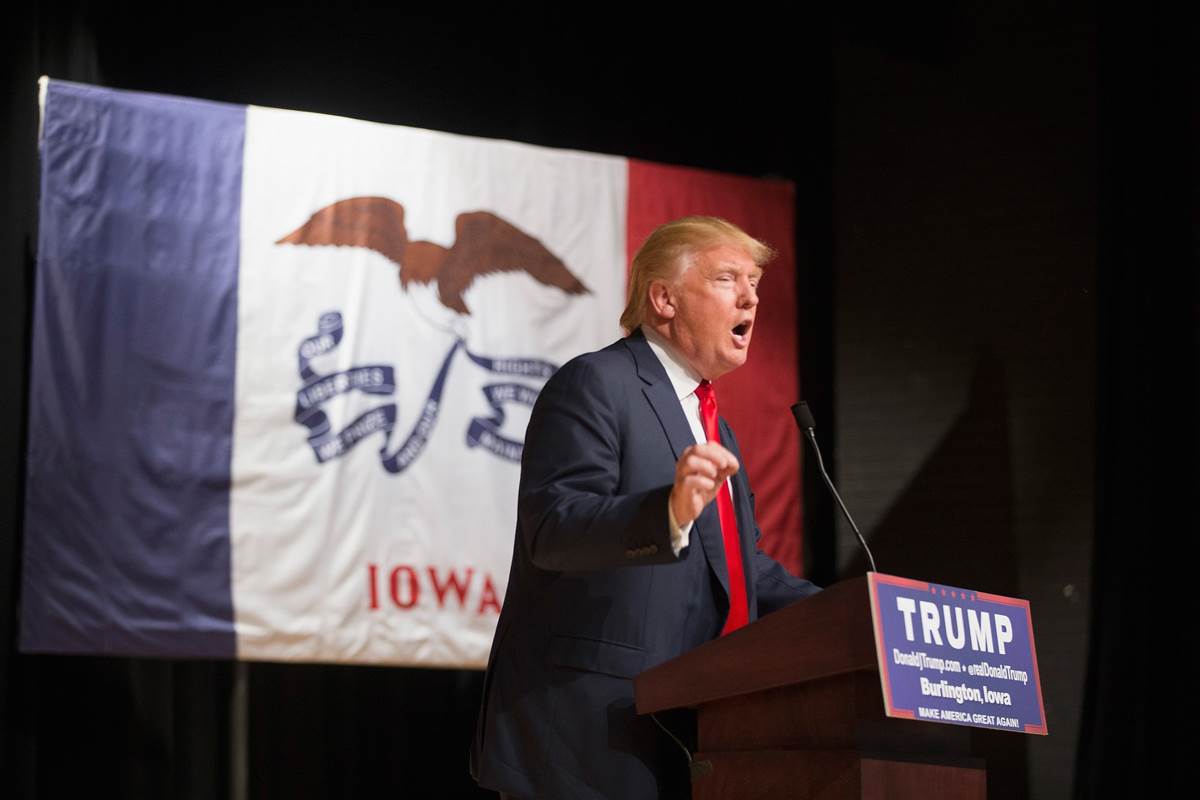 The media pundits need to get over the fact that the Trump wave is roaring across the nation and true Americans are riding that wave!
This morning the pundits were making their ridiculous scenarios again.  Saying things like, “If Trump drops out of the race, polls show that 65 percent of his supporters will vote for Cruz, making Cruz the sure winner of the primary.” They went on to bla, bla, bla other scenarios that were way out in left field, building fake scenarios to somehow show how losing candidates could possibly win if Trump were out of the picture.
After all, the Iowa Caucus is almost here and the pundits are mounting all horses trying to confuse the voter and push out as much misinformation as possible.  Very few voters are aware of the toes many of the candidates are stepping on to please their big donors. Donors like big oil versus corn growers in Iowa.  You know – those all American farmers that grow that nasty corn that helps with renewable fuel sources like ethanol. Guess they should just boil and butter it or pop it up.  Big oil says they need to just eat it and stop competing in the market place.
The news is silent on this key issue, but, if they decided to discuss it as a major factor in who will win the Iowa caucus, using  Cruz (who they have  surging in second place) maybe they could spin it like this:
“If  the Iowa Corn Growers Association, the Iowa Renewable Fuels Association, and Growth Energy somehow over night decided to support Cruz and applaud his negative stance against the Renewable Fuel Standard and ethanol, and we subtracted all the voters in Iowa who were against Cruz’s anti-support for Ethanol, and stopped the negative ads showing Cruz as anti-Iowa Corn Growers and Renewable Fuels, and forbid the mailing of any and all leaflets against Ted that show how his policies threaten rural Iowa and thousands of jobs….(pause) polls show that at least 27 percent of those who were directly involved with the corn industry or renewable fuels would vote for Cruz in the Iowa Caucus based on Ted’s evangelical values.”
That is what it would take to push Cruz to the front runner status. The pundits don’t talk about the Iowa ethanol backlash facing Cruz.  Instead, they keep throwing out unrelated scenarios and artificial what ifs and buts.  Sadly, most are buying into the rhetoric as though it were true and ignoring the actual real scenarios.
Meanwhile, TRUMP has supported the Iowa Corn Growers Association and the Iowa Renewable Fuels Association 100 percent!  He backs the production of  ethanol, and also loves the corn you butter and pop!
https://theintercept.com/2015/12/15/ted-cruz-under-attack-in-iowa-for-bucking-ethanol-lobby/
Dianne Marshall