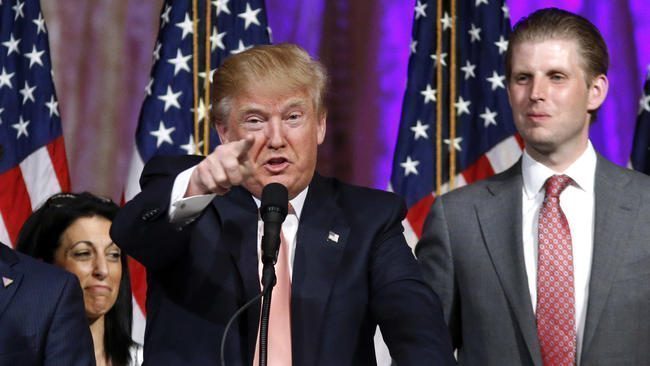 TRUMP SUPPORTERS ARE MAKING A BOLD STATEMENT IN THE LAND OF LINCOLN!  Trump is the one they want and they are tired of a bankrupt state and no jobs in sight!  They know the only one who can fix this broken mess is a man who understands how business works and knows how to create real jobs!  Trade deals that create opportunities for jobs to leave America  with nothing in return but more unemployed workers are not fair trade deals for America!
As far as Missouri goes Trump and Cruz are neck to neck.  It looks like this is one state that all the votes will have to be counted to see who the winner will be. It is neck to neck.
The movement is deep and wide and it is taking place across the entire nation! Florida was another great win!  A big thank you to Sarah Palin, Chris Christy and Pam Bundy, Attorney General of Florida who gave their support and great endorsements for Trump yesterday before todays vote in Florida!
https://www.youtube.com/watch?v=9WhWqilR93A
Meanwhile the media is perplexed about why Cruz isn’t winning more of the evangelical conservative voters?  I have to let them all know the answer.  It is because evangelical conservative voters do not like liars who bear false witness, and they don’t like a cheater or those who commit voter fraud!   Cruz is done.
Trump is on the way to the WHITE HOUSE!!!
Dianne Marshall