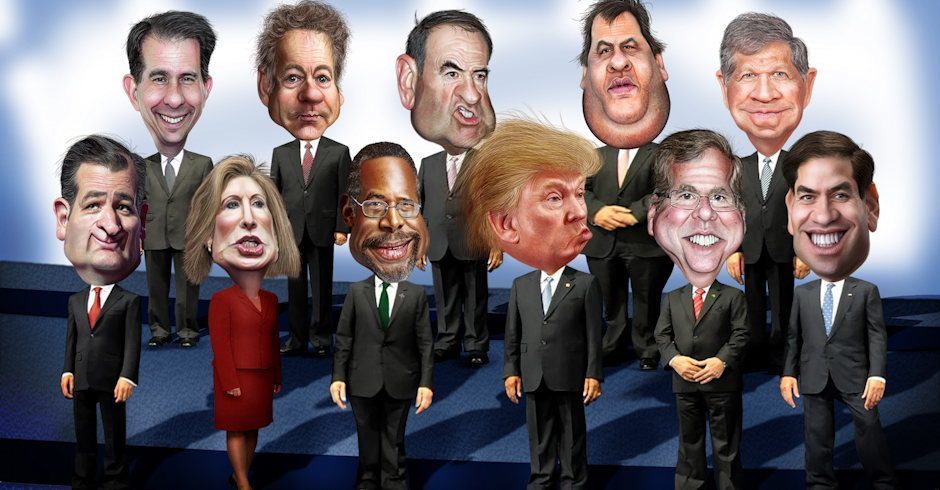 Trump has left the building but not without surging as the winner of CNN’s Debate held at the Ronald Reagan Presidential Library in Simi Valley, CA .

It was a long three hours for the prime debate spot, and if you watched the .02 to 1 percent  it was a five hour ordeal.  Most everyone wondered why it drug on so long.  Today when Trump spoke at his rally in New Hampshire he answered that question. He felt CNN drug it out to optimize the most money it could make on commercials.  I think Trump was right. After all he just gave CNN a whopping 23 MILLION plus viewer ship and they were charging 40 times its usual price for spots in the Republican Debate! They are getting as much as $200,000 for a 30 second spot.  (see link below).

Once again, Trump was right when he previously stated that he was going to be making CNN  a lot of money in the debates because he brings in the ratings.  He sent a letter challenging them to  donate their increased ad dollars to the Veterans Groups.  So far there’s no word that they are going to do anything but gloat about how Carly Fiorina was the shining star power that stole the debate.

Right now Redstate is doing a poll titled “Was Donald Trump The Only Reason You Watched The Debate Last Night?  So far Donald is surging at 93% yes!  See link below and take the poll.

Meanwhile, the media’s new darling, Carly Fiorina is getting hit back hard by some of her false statements that lacked facts.  Remember the sad story of her child dying from drugs?  Well she failed to tell you it was not really her daughter. It was the daughter of Carly’s ex-husband and his ex-wife.   The mother was very angered at Carly for using her daughters tragedy as a political prop.  “Carly was never her mother she always lived with me.” she stated in a hot off the press article.  She is very outraged.  (see link below).

Tonight, an attendee at Trump’s Rally in New Hampshire angrily spoke out against Carly and her lies about Lucent Technologies.  All the while, dozens of live TV cameras were rolling. It seems this woman had served Lucent for 37 years, paying into the companies stock option program at $87 per stock. During that length of time she had invested over half a million dollars of her own income into stocks for her retirement.   Carly’s failed leadership damaged Lucent so badly the stocks plummeted and were worth, the woman said, 25 cents per stock.  She was not only laid off she lost all her investment.   (see link below -NH Rally 30 min. in).

Today the media establishment continue to slap Trump around like he’s their red headed step child, all the while he is the NUMBER ONE FRONTRUNNER WINNING HUGE!  Every lie being told is coming back to haunt everyone who is guilty of telling one, or a bunch of them.

When will they all accept the fact that “We The People” love Trump and want to make America Great Again?!