Out of 50,000 potential voters polled – REAL people of Wisconsin, surveyed by isidewith.com,  The Donald leads Lying Ted by 13 points, 34% to 21%.
Real Clear Politics poll the LYING MEDIA are relying on shows Cruz leading Trump in four different March 2016 polls, the total survey sample of which is less than 2,400.  But if they really did an honest poll like isidewith.com – sampling a large segment like 50,000 people…they wouldn’t be able to play their head games with the public. 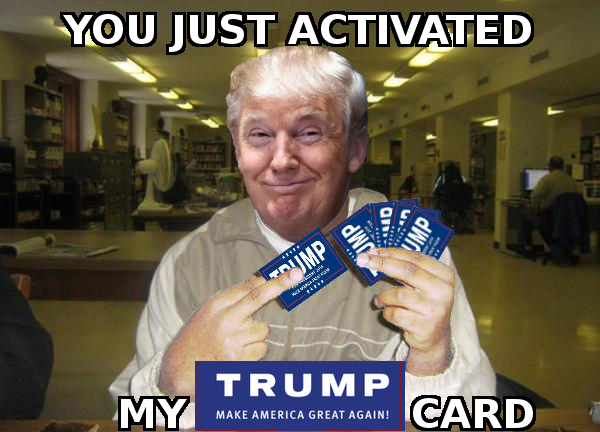 It is obvious when a hundred or two people show up for a Cruz event, and Trump has filled an auditorium to capacity with thousands and there are thousands more listening outside on an intercom….that what the media is saying does not match what our eyes, ears, and boots on the  ground are experiencing!
It is getting harder and harder for the crooked establishment pawns and puppet masters to pull these lies and voter fraud off against the masses.  They know it and that must be why they are just coming right out saying that they aren’t going to give Trump delegates at the RNC in Ohio.  Well, we know Trump has all his cards on the table and is not taking any off at this time.  So….I trust Trump knows the deck is stacked and knows how to play his hand!  DONALD TRUMP IS STILL THE NAME!
https://www.youtube.com/watch?v=J78J-6PbhVo
This classic movie clip reminds me of the Establishment GOP game.  How they play things at their table….that is until a Trump comes along. Please watch the video above!
Read more here:  https://powderedwigsociety.com/wisconsin-gop-presidential-race/#