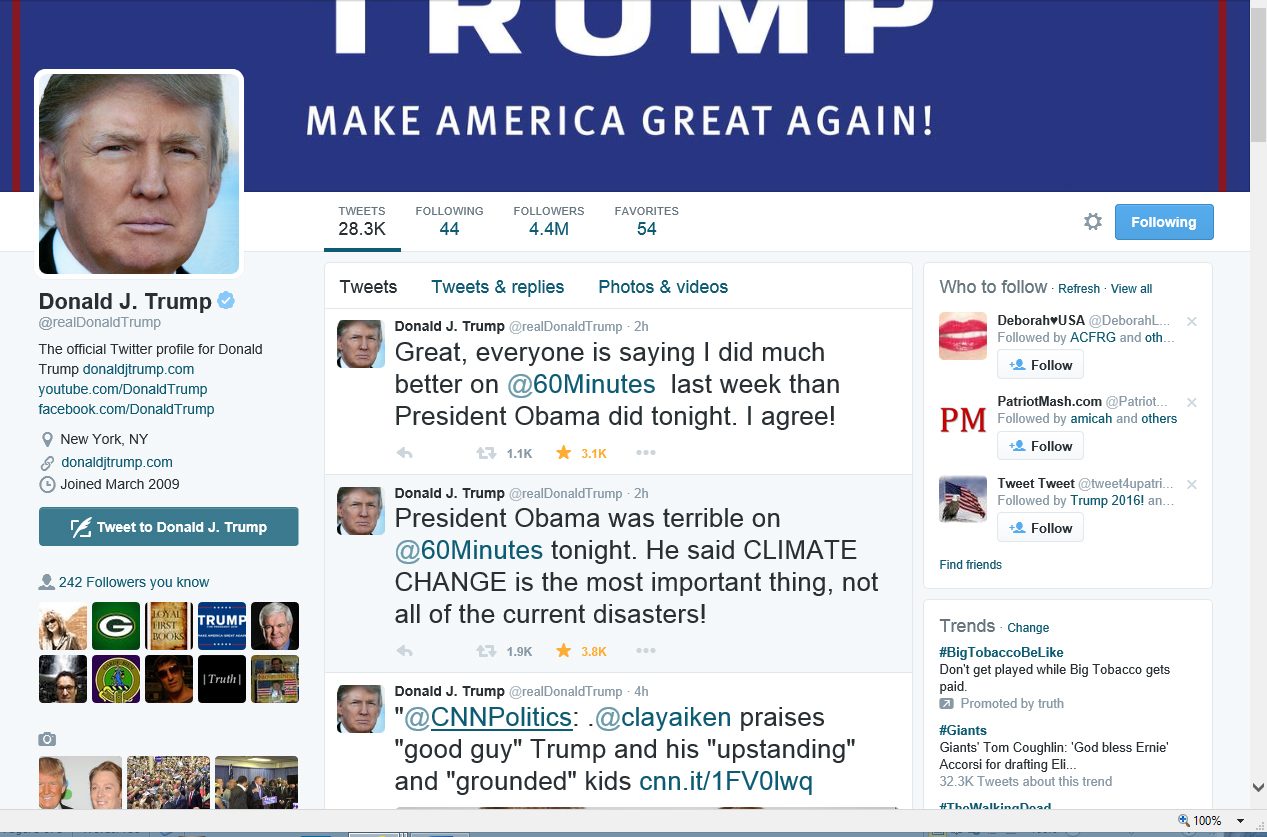 Trump has more twitter followers than Bill O’Reilly has viewers!  People watch for Trump Tweets and believe me once the 4.4 million followers share with ten, that is 40 million and when they share with ten that is 400 million, and so on….oh cable news can’t top that!  If you missed what Wolf Blitzer said and didn’t have your DVR set, you missed it.  And if it didn’t involve Trump – no one cares to find it on social media.  That ought to be a real eye opener for the bloviating commentary celebs.

What I like about Trump is he continues to address the major world issues and how the establishment elite’s decisions and desires directly affect the USA.  He is telling what is coming down while the news is going nuts trying to shut him up.

Well, they can’t do that nor can they silence the silent majority who is now shouting the name TRUMP and shouting to stop all the insane acts of the establishment elite!

The people have become the news and social media has taken over the position of commentary pundit!  The masses are moving out from their TV and expressing their voices in the street and everywhere possible.

The establishment did not expect this nor did they want it.  How did this big shift start?  Mainly the silent majority who watch all things Trump became outraged at watching the out right lies being told, the words being twisted and the lies being told about polls and candidates who were so-called surging based on moving up 1 to 2 percent in the polls. Even more frustrating was hearing huge surges of 10 to 15 point jumps based on polls surveying groups as small as 59 people.  The media lost its’ credibility by their own devious and underhanded methods.

Meanwhile social media would rather be cheerleaders for Trump on line than listen to the scathing lies brewed up by cable news.  They tune into their local news to hear the basics which has always out rated the cable wars and go about their business while checking their smart phones for any current data they need to know about.

Tweet that to the cable guys….meanwhile look for Trump tweets which are now the rave!