Larry Nichols, a former Clinton insider, speaks up about the gunman at Trump Tower and the facts that America must hear!  No one knows for sure if the target was Trump or a Trump family member.  The fact is – the media covered up the real story and replaced it with a phony news report. Please watch the video.
https://www.youtube.com/watch?v=Yrhd3Rm7k4g
“We’re building an army of people to save America! This is the broadcast on August 5th, 2016. We’re on the Leading Edge Radio Network channel #1, AND Right here on our YT channel! . This is where to go to counter the Propaganda! Catch OUR program Live every Monday – Friday at 11AM P/ 1Pm Ct / 3PM E.”
ABC News gave a false report  (not surprised).  They did not report that the armed gunman was actually Barry Bush, a supposedly deceased FBI agent that was reported dead in April of 2007.  Instead they reported the gun man to be  Anthony Shark, a retired NYPD cop who worked at a Jewelry store across the street from Trump Towers. They stated he was legally carrying a gun for his security guard job.He said he was drunk and wandered into the Trump Towers and got confused when he tried to push pass the wall of secret service agents.  He had no intention of harming anyone.  A judge released him and allowed him to keep his gun for his job which he supposedly had a concealed carry permit for. The fake article stated that the Judge blamed Trump for almost ruining another person’s life.
The real fact is -the gunman was Barry Bush and he was taken into custody by the secret service and had an unstamped glock with a silencer and no serial number on it. That means the gun had to come from the manufacturer and he had to have help in getting it.
The story while rapidly disappearing from Google, can still be found on this site Deceased FBI Agent Found At Trump Towers 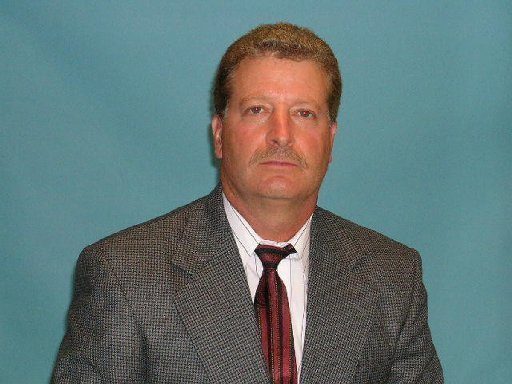 Barry Bush (photo above) was reported dead with a confusing and lengthy explanation in 2007 which can be read here.  Barry Bush FBI Killed  He did not die, and has been arrested. The media is silent on this story.
Dianne