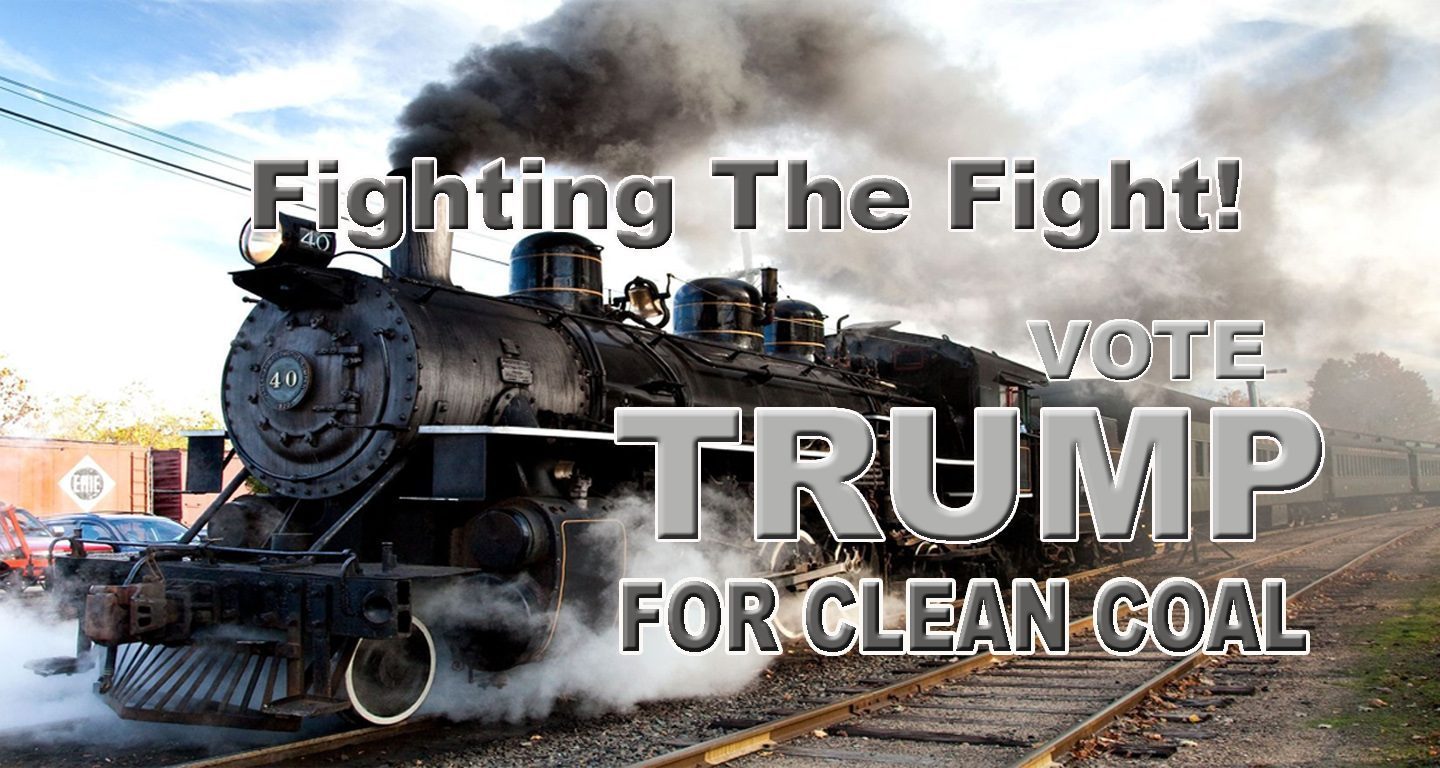 With Trump it isn’t a campaign event…it is how he feels! He will never sell you out, he will make sure COAL IS BACK IN BUSINESS!  He knows America wins when coal wins and stands behind coal minors.  Trump has a life time  reputation of doing what he said he would do. He will not let you down.  You need a fighter in chief that can move through the bureaucracies that are killing the mining industry.  The only one that can do that is the one that is not bought by establishment donors. With Trump you can be assured- clean coal is on the top of his bucket list-the one he plans to do as soon as he takes office!
To end the D.C. establishment driven red tape – you need to vote for the man who stands by America and its’ resources starting with its’ coal minors, that man is trump!

Remember as in the videos below, lies took place in 2012 and they will again!  If you hear Trump is not for clean coal – it will be an establishment lie.  Trump is the only one who is not pushing the carbon climate change agenda.  He has spoken out against it from day one! TRUMP IS THE ONLY ONE THAT  WILL FIGHT WITH YOU AND WIN!