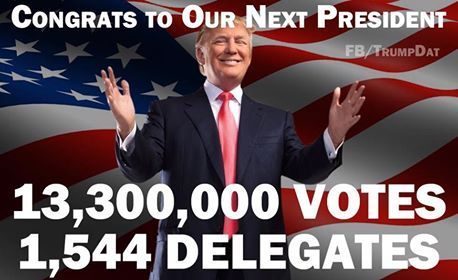 Trump has defied all the odds, all the negative attacks from his own GOP party, all the media lies, all the opponent lies, all the Soros tactics, all the pundit garbage and all the ilk thrown at him since the day he rode down the escalator! With all the fraud and underhanded cheating – TRUMP set HISTORIC RECORDS – 13,300,000 votes and 1,544 delegates!
The results are in – AMERICA HAS CHOSEN THEIR NEXT PRESIDENT!  Donald John Trump! 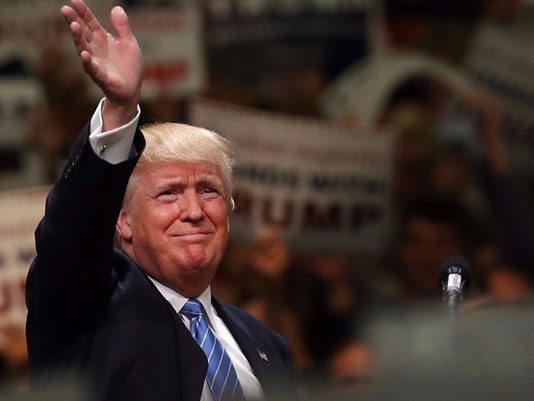 Meanwhile the establishment elite are pushing, shoving and trying their hardest to make Hillary pass through the eye of a needle!  They must save their evil plans to merge the United States into their global North American Union and bring about their world order.  Well, not on Trump’s watch and not on the watch of American citizens who love their nation and want it back!
Dianne Marshall