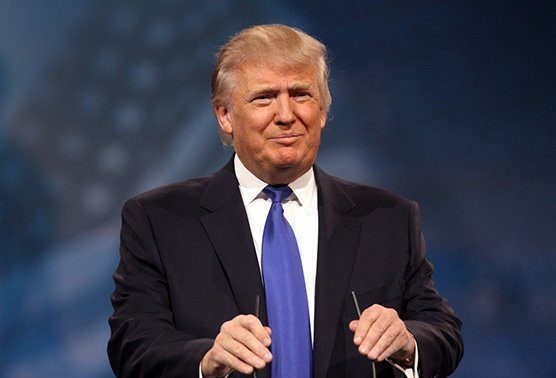 Serious question and one that you need to think about. I would have no hope at all for America and would be looking at which state I could hide the most effectively in.  The writing is on the wall.
I know that we are in the last days, and I am aware that our complacency has gotten us into this mess.  I am also aware that God chastises his people and sometimes it takes a good wallop to get our attention.  I am also aware that he has gotten the attention of many a wayward folk.
It was just when I saw no way out, and when I saw the final writing on the wall for America and the new land of lawlessness, Trump announced his candidacy.  I instantly knew he was sent, for every issue he was addressing was one of my concern.  It was all anti-establishment NWO. When he said that day, “I know their agenda and it is not mine.”  It was like anti-NWO code – I knew what he meant.  I said – “YES!”
Since that day, I have researched and prodded around in his past for I wanted to be sure he was the real deal.  I have found nothing but sound, honest business man who has had to deal with the vultures and always soared like an eagle in the end. I don’t care about his personal life and what went wrong here or there in his marriages.  The proof of the man is in his kids and ex wives and their admiration for the man, even after divorce.
That being said, America needs a God fearing leader  who walks the walk – not a pastor.  America needs a strong person who has battled Goliaths. I believe that man is Trump.  I know it, for without Donald Jon Trump on the side of what is right for a God fearing America, I would feel no hope and that is that.  I know God has a plan, and the plan is for his people to rise up a great and powerful army and stand up against the enemy.  And God is not limited to his people just in one spot, they are world wide.  God is also sending others to stand.  I see that in Putin.  He has given renewed hope in doing just that.  The tide is turning and it will be full of rage.  But, in the end…remember God’s people win and Babylon the Great falls.  The great merchants of the earth who by their sorcery were all the nations deceived weep and wail for no one buys their merchandise anymore.
My Lord comes to the rescue and things change for the good of his people. It is written that everything the evil ones thought to do to God’s people come back on their own heads double.  I didn’t write it, I just read it and that is what it says and I will stand by it being true.  So hang on….we are the Lord’s battle ax in this tumultuous  time.  Trump has been sent, if you will have him.  I am on board with new found energy and hope for all who were crying out for help!  I don’t know for certain how it will play out, but I do know for sure how it will end.
Dianne Marshall