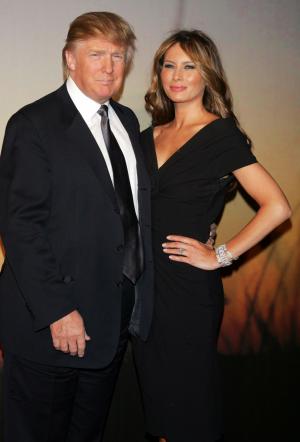 Is America strong enough to make it to the elections?  Does America know that INTERPOL is now policing “strong cities” who were a few weeks ago called “sanctuary cities”?  Are the candidates talking of this issue?  Is the media?  NO they are not. Trump will be the first one to do so, mark my words.  No one is talking about this but a few, and I am among the few.

Meanwhile, we have well meaning people clobbering Trump supporters for something Carson said and did on his own and got fact checked – which turned out to be a lie.  So why is this a Trump supporters problem?  You tell me.  I have no clue.

Meanwhile, many lies are surfacing and many things are being seen for the first time by those who were in glee watching Trump and Trump supporters getting hammered.  Well, I say if the man can not defend the accusations and re-fact check them to his favor…perhaps it is what it is.  Trump has been attacked, words put in his mouth, accused of horrid statements and horrid things like the “blood coming from wherever” to mean something horrid and not a common error of a change in thought to shift to the next point.

I for one have the same tendency to shift thoughts in the middle of a thought.  My grandson pointed that out and he was correct.  He told me that because I have so much to say, I shift thoughts and leave one thing hanging.  He was right.  When I write, I have more time to think through what I am saying.  When speaking, my mind works like a computer and there is so much data to report on a subject, it is hard for me to bring it down to one specific point.  Mainly because I want to include all the supporting data.  Which in a conversation is not always appropriate.  I love to bring on my witnesses…and need to learn that even the Bible says it only takes two.  So at times, especially when doing radio,  I just end my train of thought with a “whatever” or “you know what that means”, or just simply shift by saying, “it is a mess”.

This election is intense, only because it is so full of gotcha’s from all angles for Trump supporters.  The GOP, the establishment, the democrats, the other candidates, their supporters, the media, the Alinsky graduates, the all-encompassing progressives.  Oh it is hard to just stay focused on the main issues, especially when our administration is doing every insane thing to start WWIII as we discuss politics.

Thank God congress voted against the UN taking our guns….but, the media isn’t talking about that…they are covering the more important stories like how Carson is a liar.  Well, he may not be a liar, he may just be a fabricator and may see himself larger than life.  Or he just may be guilty of not writing his own books and the ghost writer got it all wrong.  He did have ghost writers you know.  They reported that in many articles now that he is being accused.  Well, as an author, I don’t respect a man who gets accolades for writing and never really doing it himself.  “A not an author”,  who only admits it when it turns out to be questionable?  A not an author who has repeated the verses like a song bird until those verses are proven to be wrong. So in essence he did do what they said he did and now he is answering for it. Period.

It is what it is.

Yet, the bigger fish to fry is the primary election and I am out to make sure it is a success for Trump.  Come one, come all and welcome to the party.  This is a party to restore America and to make her great again.  There is no time to philosophize and no time to remember what you did or did not do when you were 14 years old, nor does it matter now.  Why on earth Carson made that his platform is beyond my comprehension.  If you understood it, please tell me what it meant?  I am done trying to figure it out….it failed him greatly.  That is what it is. If you can explain why he has Armstrong Williams, his friend for 22 years and a Farrakhan nation of Islam supporter as his chief campaign advisor, that is the more important question I would like answered.