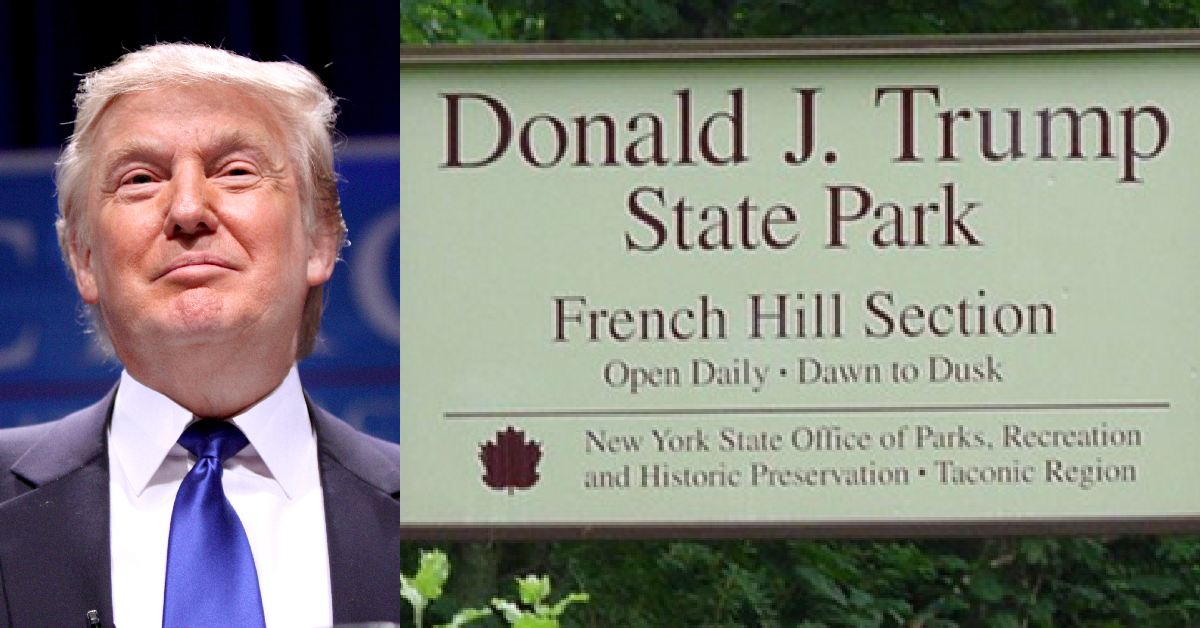 Many of you may not be aware that there is a Donald J. Trump State Park, nor his personal experience in dealing with those who are less than respectful stewards in caring for the land that belongs to “we the people”.  For those concerned of the Donald’s stance on the land and what will happen to it out west, trust me, there will be no one better that will fight for taking care of the rights of the people to enjoy their grazing rights, hunting, fishing and all sportsman activities than Donald J. Trump. He knows the political battles and their agenda, and will not let the nation sell off what belongs to them under his watch.
How Donald J. Trump State Park Came To Be, and Where It Stands Now…
Donald J. Trump State Park is a 436-acre (1.8 km2) undeveloped state park located within the towns of Yorktown and Putnam Valley in Westchester County and Putnam County, New York. The parkland features a mix of continuous forest, open meadows, with several large wetlands and headwaters for two streams, French Hill Brook and Dogwood Creek. 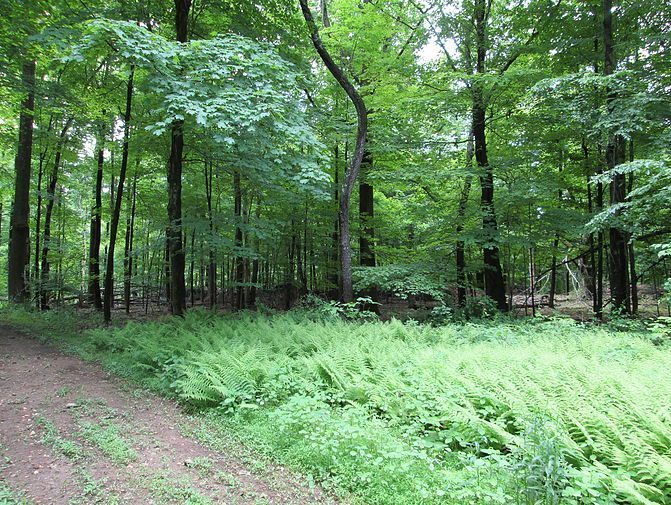 Trump purchased the property for $2 million in the 1990’s. In 2006, when he was unable to get town approval to develop a private golf course, he donated it to New York State to develop and use as a state park.
In Feburary of 2010, the state park was closed due to budget cuts. At the time, It was questioned whether the closure was necessary since the operating budget for the park was only $2500 a year and it was maintained by workers from the nearby Franklin D. Roosevelt State Park. Trump threatened to take the parkland back after the closure was announced, his attempt was unsuccessful and the land remained in the control of the New York State Office of Parks, Recreation and Historic Preservation.
An attempt to convert a portion of the park’s French Hill section for use as a dog park in 2010 revealed that at least one of the park’s abandoned buildings contained asbestos. By 2012, the planned dog park remained on hold due to difficulties raising funds for fences and asbestos abatement.
As of 2015, the park remains officially closed and is not listed at the New York State Office of Parks, Recreation and Historic Preservation park locator although large signs along the nearby Taconic State Parkway continue to direct visitors to Donald J. Trump State Park.
In 2015 The Rachel Maddow Show visited the park and found no sign of any recent 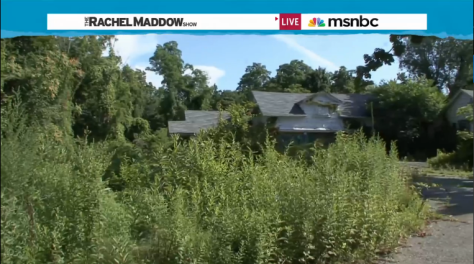 upkeep; instead, the publicly accessible land was found to contain crumbling graffiti-covered buildings, empty map kiosks, and weed-choked parking lots. Of course Rachel had fun poking at the sad shape the state had left the park as though that was Donald’s doing.
In late 2015 State Senator Daniel Squadron introduced an “Anything But Trump Act” to change the park’s name. After watching the squabbling, and mincing of name ideas and looking at the poor condition the park was left in, Trump suggested that New York State return the park’s land to his ownership. Trump is well aware of what happens when states can no longer take care of the land, and the temptation politicians have to push their own agendas that are less than being good stewards of the land they have been given by the people to care for. 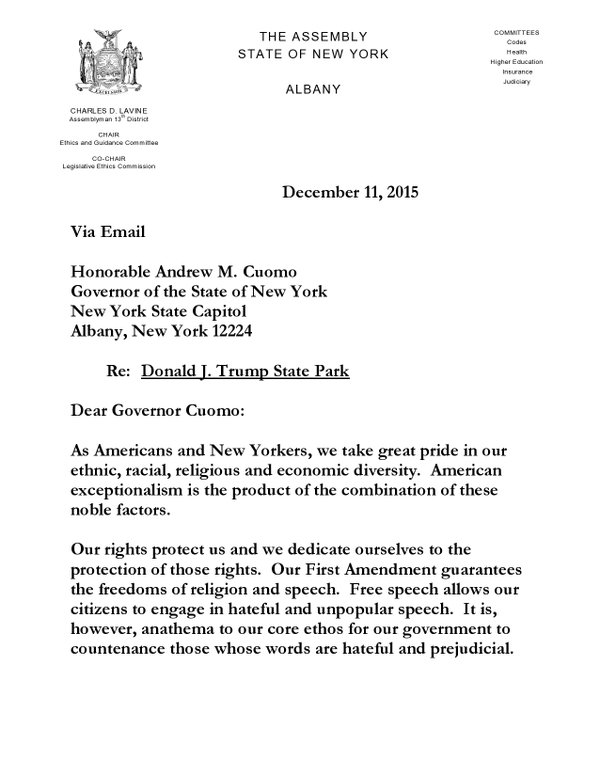 Now I ask you, each and every one of you.  How would you feel after donating a chunk of land to the state for the people to enjoy as a state park, valued at 100 million dollars and have a red nosed politician come forth during an election year to publicly smear and harm you publicly legislating to remove your own name from your own donated state park?  All because you believe in protecting the American people and securing our borders.   I am sure you would not be as cool headed as Donald John Trump.  This well proves politicians have only one agenda in mind….and that is their own political interests, and far from the interests of the people in which they represent.  The only reason the member of assembly dug around and finally found the name of a Muslim was to dig under the skin of Trump for his stance on vetting Muslims we allow into the country on Visas…and temporarily until we can figure out what is going on.  At a time when the world is at war with Islamic terrorism and Europe is in utter chaos, it was the only common sense first step to secure the safety of the citizens of the United States.  Due to the political globalist goals of the establishment elite, political games of humiliation, dishonor, and disgrace are doled out on not only we the people as a whole, but the one true leader who can and has stood up against the entire establishment elite who seek to turn America into a north American union and globalist world project.  Trump has not mentioned any of this during his campaign nor in any interviews.  This shows the grit and caliber of the man most deserving to be commander in chief.  He fights his own battles and stands up for what is right in the midst of the most terrifying odds.  The same odds that have allowed all candidates to be the puppets that sell us down the river. 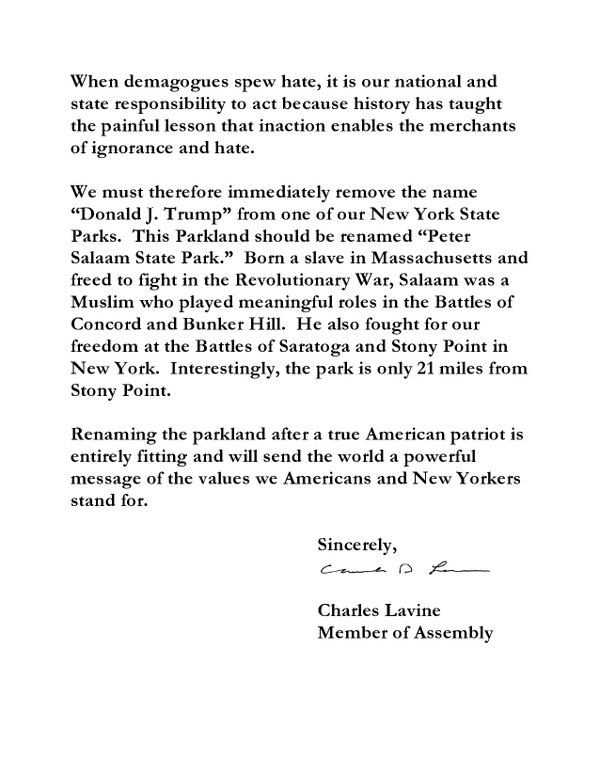 Trump is a staunch supporter of development, not only of concrete and steel, but of God’s land and resources . His vision is that of sound stewardship for our State and National parks for the people to use and enjoy. He is not for sitting by and watching poor management that leads to selling or auctioning off the land or its’ land use rights belonging to the people to the highest bidder. He has no desire to stand by and allow private sector corporations, domestic and foreign, to take over land resources and buy up mineral, forest, water, and mining rights, parcel by parcel. He is fully aware of the BML and their underhanded tactics and all the politics that go with it hand in hand. 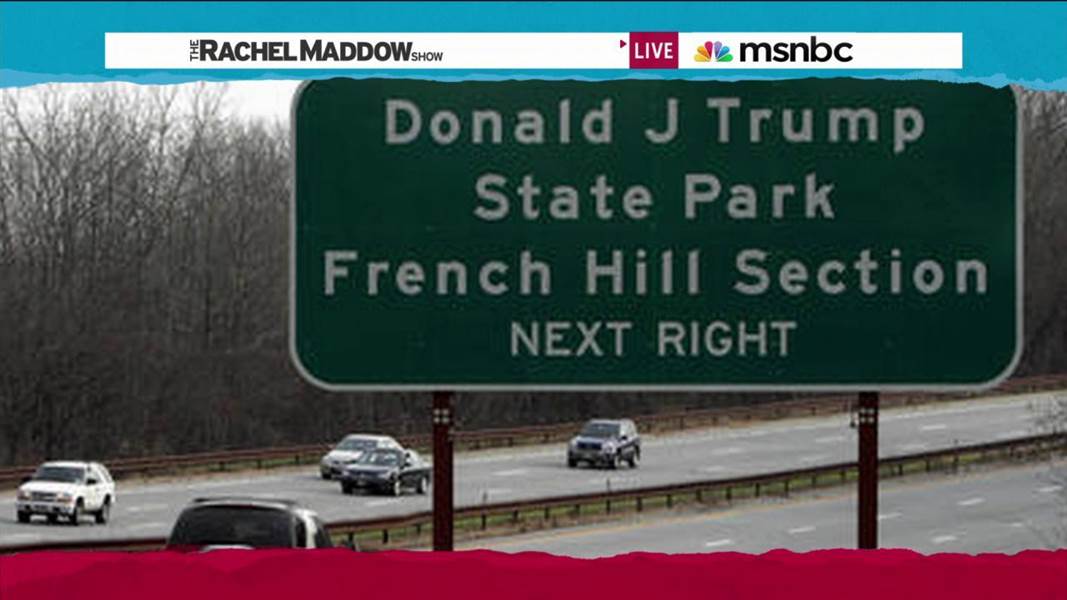 Donald J. Trump has vowed to insure that state and federal national parks and reserves are met with sound, responsible stewardship to insure public use and enjoyment in the manner it was intended by the people for their local, state and federal government officials to do. Not just for now, but for generations to come.
Side note:  As the old saying goes, Donald J. Trump is the only candidate running, and even among the senate and congress persons running and pushing for land sell offs that has “his own skin in the game”.  You can trust that the Donald will fight for your land rights and do the right thing America.  He deserves your vote!
Dianne Marshall