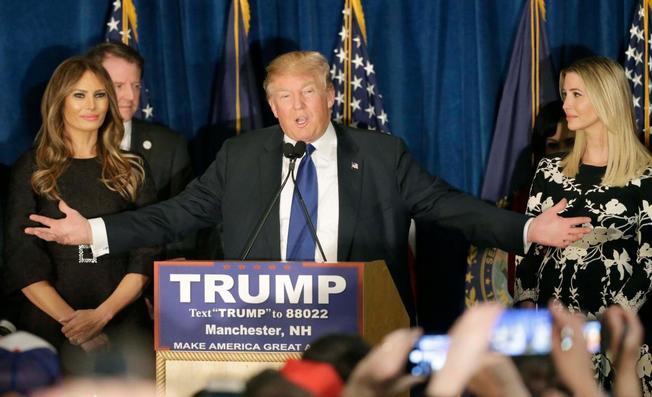 While other candidates are paying millions to have so-called experts write super PAC ads and promos, Trump Supporters have out shined all the millions by writing and producing campaign ads from the heart for the man who has their voice.  One of the most remarkable truths that cannot be denied is the wave of support Trump has from the people! Experts are shaking their heads and asking why?  Let me answer that for them.

It’s easy to write about Trump when all you have to do is write about America and what the millions who love her have been shouting for a very long time. Trump supporters,  Diamond and Silk, have become overnight You Tube sensations for passionately speaking out about the man whose voice is exactly their own! And don’t you dare try and bash their candidate.  They have waited for a man like Trump and they are not shy about telling you why they knew from day one he is the man they have always wanted to lead America!

Trump ads and songs written by Trump supporters have flooded social media going viral. Why? Because Trump is a voice that the people have longed for. Trump has a message that the people have shouted and is finally being heard! Writers like me have taken to blogs to share what needs to be said.  Many like the Conservative Tree House, Printly, and Red State Watcher and The Marshall Report have been accused of being paid writers for Trump.  Why is that?  Could it be that we all have one thing in common?  Could it be that we all finally see a candidate that is honest, and will do what he says he will do?  More important could it be that what he is saying he wants is exactly what we have all been saying we want?  And not just saying it, he has been boldly pushing to get things done!

So while other candidates are busy shaming voters with mail fraud’s of voting records, making robo calls from spyware data bases to lie about the Trump, his supporters are busy bringing out the truth and dispelling all the lies being told.  Lies that are closely starting to total a billion dollars!  Imagine all the money spent to trash and to lie against the MAN TRUMP whose message has inspired every day Americans of all backgrounds to come out and promote him for free!
Behold and see PHENOMENON NUMBER  TWO – the establishment rarely speaks of the many Trump supporters who formed groups to raise Trump awareness, who came out to write inspiring messages, create inspiring ads and compose uplifting songs about the man who wants only to make America great again!  I haven’t heard a Cruz song?  Nor a Hillary song…not even a Bernie song?  No Rubio chant, no Kasich and definitely not a one for Jeb.

Haven’t seen any establishment candidate blogs going around….only super PAC editorials – the kind money buys.  Even the National Review writes for the highest bidder and the media gets paid! Even the so-called conservative talk show hosts have proven themselves to be bought and paid for.  Through it all Trump supporters aren’t disillusioned, they are just checking the frauds off their viewer/listener lists and staying focused on moving forward!

America stay strong, and know with Trump you have the real deal and that is why and was why this movement began in the first place!  And that is why it continues to grow and flourish!  We must insure voter fraud is stopped -and America’s vote is counted!  THERE IS ONLY ONE MAN WHO CAN MAKE AMERICA GREAT AGAIN – AND HE CAN ONLY DO THAT WITH EACH ONE OF US GETTING OUT AND VOTING!