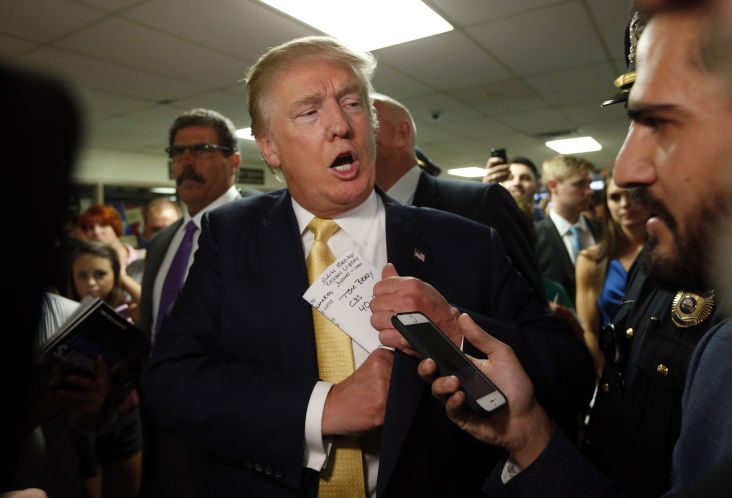 I applaud Trump’s recent  speech against not allowing Syrian refugees (Muslims)  into the U.S. until those that process them can figure out what they are doing. If that idea  offends you, then maybe you haven’t taken notice of the chaos and riots from their refugees taking place in European countries. Have you not seen the increase in rapes, stabbings, riots, business burnings and crimes taking place?  Nations are building walls and now many are starting to deport these able bodied men called refugees.
If Trump rhetoric will deter the Syrian Refugee Program in the United States – then every American should praise Donald Trump for shouting out what must be said!
Donald is used to his words being taken out of context and skewed.  So are his supporters.  To think that we can continue to allow Islamic refugees to enter into our nation and continue to allow “no go” zones on our soil is not safe for any of us.  A “no go” zone is a hot spot where unless you are of sharia faith, it is not safe to enter into, and regardless of what anyone is saying – they exist.  France has many “no go” areas.  To enter there is at your own risk, even the police will not enter in.
The real problem here is that Trump is ruining the plans of the Washington cartel.  In Geneva, the United Nations refugee agency – warned that rhetoric in the US presidential campaign was threatening a key refugee resettlement program in the United States.
I say good.  If it takes one person to stand up and make the unpopular call to stop the Trojan horse program from growing in the US, I am grateful that someone has stood up.  It is not surprising to me at all that the one who took that stand happened to be Donald J. Trump.
It is NOT SAFE to allow Muslims or any one into the United States who has not been properly vetted.  Especially at a time when Radical Jihad is rampant and we are at war in the middle east against the same ones the government wants to bring into our land.  You are welcoming home grown terror.  In light of the chaotic terror attack in San Bernardino last week, and the emergence of a failed vetting program, what Trump said makes sound sense.  Let the government figure out a system before letting any more known Islamists into the country.  What is so wrong about that?
Dianne Marshall
Read more about “no go zones” in US:  https://www.clarionproject.org/analysis/dearborn-no-go-zone-where-islam-rules-and-christians-are-stoned#