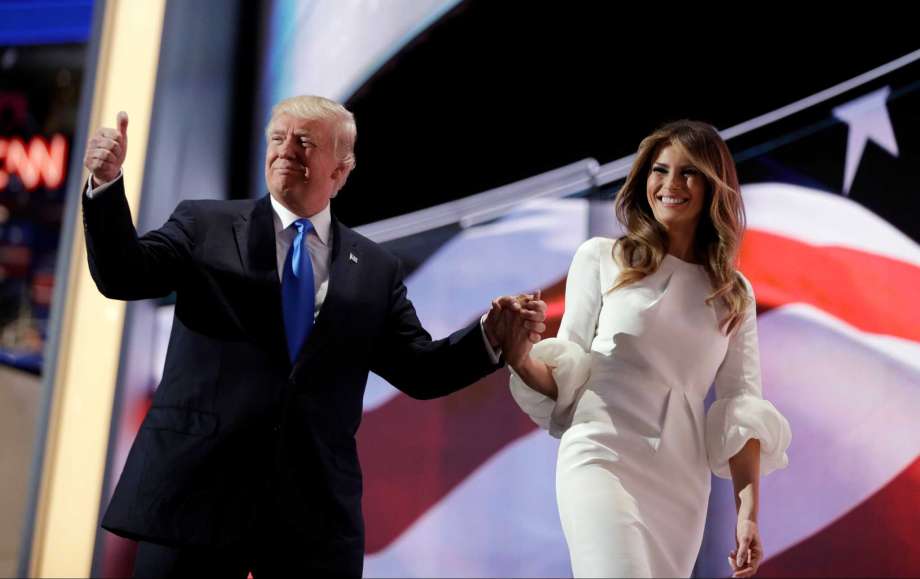 The media is not sure how to cover the RNC Convention.  Especially since all of the speeches have been fact filled, with honest blistering truth that sears right through their veil of propaganda they have shrouded over America. (Excluding lying Ted’s political suicide drama).  But then again, I loved watching him get booed off the stage.  I have a feeling he will become a democrat now.  He certainly won’t get re-elected as a RINO again.
A reporter asked Chris Christy if he felt like his speech was inciting a mob reaction?  He answered no- conventions are supposed to be fun and the people had fun with it.  He then pointed out that every thing he said was a fact and not mindless rhetoric and that actually everything he said was everything the media had been ignoring. ( I admit I shouted from my living room – “lock her up…lock her up!”  Christy was right – it was fun.)
Funny how Laura Ingraham, during  her awesome speech, pointed to her friends in the press box and reminded them that they need to start reporting the facts because the people know what the truth is and that’s why they aren’t happy with them.  She too was correct. If you haven’t listened to her speech, it is a must watch. Click below.  She rocked the house!

The news may be shocking to the establishment owned media, and hard for their puppets to digest, but….it is refreshing to all the Americans who are tired of the lies and propaganda!  There was no politically correct words spoken.  It was speech after speech after speech of plain English, truth, facts and enthusiasm!
So while the media is trying to figure out how to avoid explaining what the world just watched, and how to spin the talking points into sound bytes of plagiarized speeches, comments that it is boring, accusations that no one knows what they are doing and Christy is inciting a mob…let me remind them that the mobs are outside the convention center protesting….and Obama, Clinton and the past administrations are the ones that created them!
The genie is out of the bottle and no one can stuff it back inside!  The people are awake and they want their country back!  The people do not want Clinton and her globalist agenda.  They want their country and their freedom!  This is our home!  In God we trust!
Dianne