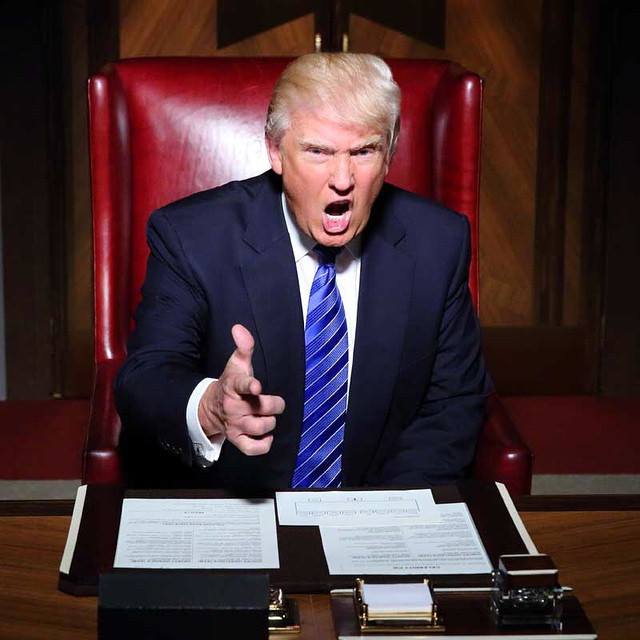 Trump has stumped all the thumpers with stones.  He has given a new name to the sling shot, and knocked out a bunch of Goliath wanna be candidates.  The real test is coming up, will Trump counter punch or knock out the opposition in his first swing against the Goliath ads that the puny and, after this presidential run, buried alive,  GOP group call the “Club For Growth”.  Wow what a mouth full.

Yet, not as big of a walloping mouthful  Trump gave them a few months back saying, ““I am appalled by Mr. McIntosh’s shameless pandering and blatant shakedown attempt. They sent a letter to Trump’s  office asking for a million dollar donation to smear the others and Trump said no way.  Trump proudly showed the world the Club’s horrid letter, then as to be expected, shortly after, the Club for Growth attacked Trump and in an apparent anger based rebuttal of which they vowed to trash him among the other GOP candidates who were eager and  more willing to waste their campaign funds.  Trump exposed the Club for Growth as a fraud!  Meanwhile, the duped GOP’ers  eagerly paid them and now the Club For Growth vendetta ads are about to appear.

But let’s look at this from a money-making stance.  Why did Club For Growth approach Trump first?  They don’t approach losers, not at all. They went right to the front-runner who has held his spot since the day he entered the GOP presidential race.  I guess they thought Trump was a chump and one of the rest?  They soon found out, Trump was not a bought and trained race horse, he was a wild stallion and one that rears up in defiance of corruption.  That is where they underestimated the man, his campaign, his morals, his values, and his calling to run for the office of president to MAKE AMERICA GREAT AGAIN.

So brace yourself America you are about to see the best and finest work of those called “Club For Growth”, not to be confused with the “Hair Club for Men” and that type of growth.  Although the results may be about the same???

None the less Club For Growth got their millions they wanted…but will the GOP candidates get the growth they were seeking?  I say, no way.  For even with a die-hard blitz of liar TV ads, once the Trump has educated his supporters to avoid the lies of the media, and once he has told them of the onslaught to come…those ads will merely be laughed at and judged weak by the strong support from the ” Trump Supporter” and definitely show no muscle, no threat, and no result.  It will all be countered Big League, not by Trump, but by his loyal supporters in the field.

Meanwhile, the real result the Club For Growth sought in the beginning which was the stripping of some stupid campaigns of millions of their super PAC dollars, will have been gained.

Isn’t it funny how they spend other people’s money so freely for promises?  You should know America they have spent yours and now you are trillions in debt.  Just saying…

So, just imagine if the millions spent on campaigning were given to the coffers of good causes?  What could be done with the millions and billions being spent?  Sadly, it aggregates in the pockets of the evil ones who I call the Establishment and their Elite.  That is what it is.  This year, let all those who are tired of the false reports go all out to expose the evil of the redistribution of corrupt wealth among the hyenas of the GOP and Democratic races.  Let us all shout – “A lion, my Lord!  A lion approaches!”