While Cruz keeps holding up a skewed poll that says he was the frontrunner for 1 second…the rest are laughing at his attempt to look like a Trump.  To me it is like taking a selfie and photo shopping it into a meme that shows you are chums with a movie star.  It just isn’t real and you know it isn’t, but somehow you want everyone that sees it to believe that it is.
I call that pathetic and grasping.
Well, Trump has a commanding 2 to 1 lead (39 TO 19) and all the Cruz lies are looking very bad on his campaign ethics and character.  Very bad.  It doesn’t help to have Carson and Rubio also pointing out the election violations either.  But, what can you expect from a person who has nothing to lose, especially when the guy with the selfie isn’t eligible to run in the first place. 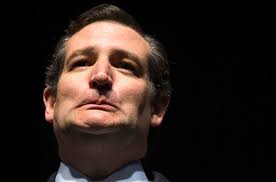