TRUMP, COMMANDER IN CHIEF 2016 - The Marshall Report Skip to the content 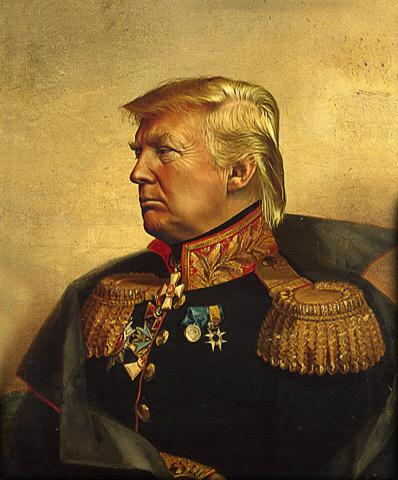 America is in dire need of a true patriotic Commander in Chief.  We have been without one for decades. What we have had are establishment placed leaders who have done the bidding of their elite puppet masters.  Each president building upon the last ones efforts to pass legislation that usurps the rights of the American people.  Most believe this started with President Bush after 911.  We must look back further and see the Clinton NAFTA agreement among other things.  Then go back further and see Bush senior and his loyalty to the United Nations New World Order.

Then go back to the Reagan years and wonder what role he played in REX 84, the FEMA and new martial law executive orders that are very troubling.  We can see a slow boiling frog that is now well cooked.

We need a leader that will clean up the mess from the past decades of evil written executive orders and agreements with the United Nations that robs the people of its constitutional rights while handing over government control equal to the burdens of King George and the colonies.

We are at our midnight hour and America is hanging by a thread.  The entire world is facing a tyrannical global elite monster.

Will Russia come to America’s aid as it did Lincoln during the civil war?  Will President Trump and President Putin join forces?  Time will tell.  This is one time history repeating itself will be welcomed.  At least by me.

Listen to the video below and learn about Mother Russia and her aid to America.