Trump’s press conference definitely put the lightweights in their place, opening up noting that 38 million dollars had just been spent on attack ads full of lies. He noted that he had never had so many bad things said about him like he had this past week.  As most will recall Romney’s teleprompter press conference was scathingly full of venomous lies.  He went on to say, “It shows you how brilliant the public is because they knew they were lies!”
Between Romney, the media, and the liar candidate(s) (we will leave unnamed), Trump proved the liars to be liars by bringing  out his Trump water, Trump steaks, his Trump Magazine,  even explaining  the history of his  Trump Winery – the largest on the east coast.  He noted that he sold Trump Airlines and made a profit and asked what is wrong with that?  Each statement was followed by a round of applause. 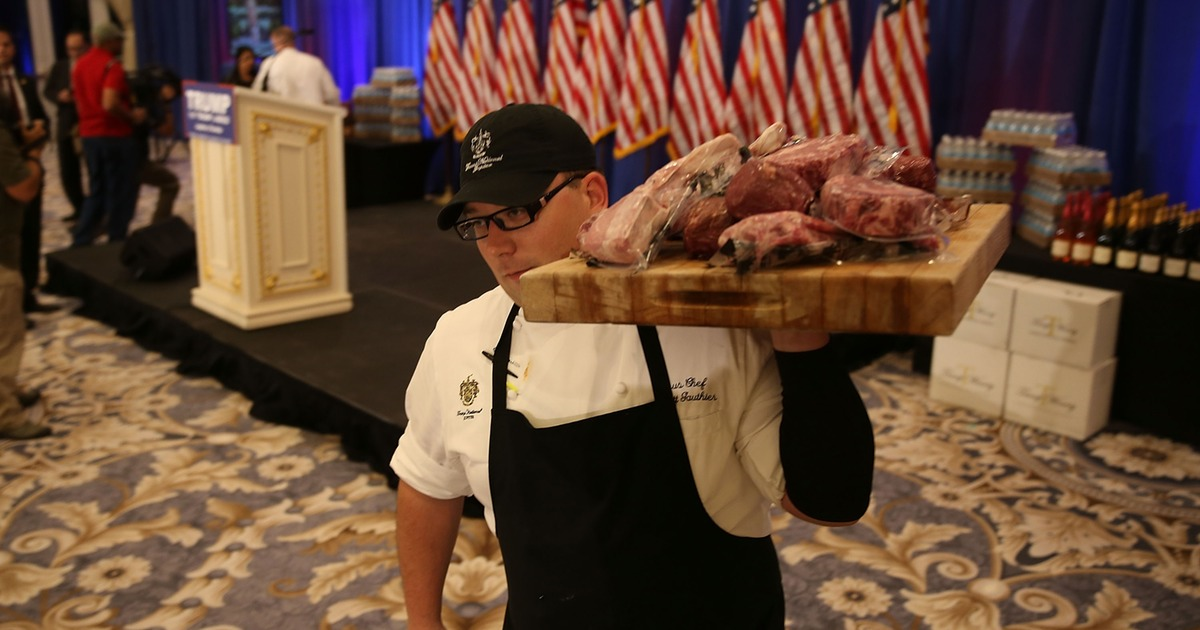 Donald explained that Trump University will be back in session once the frivolous lawsuits are thrown out of court.  He made his point that he is not settling because those suing had given an A grade rating to their Trump University  class experience and high approval ratings after the class was completed. In addition, none of those suing took advantage of the full refund offer at the time they were allowed to receive one.  Trump stated it is a matter of principal and standing up for what is right, just like he will do for the country. He received a big applause. 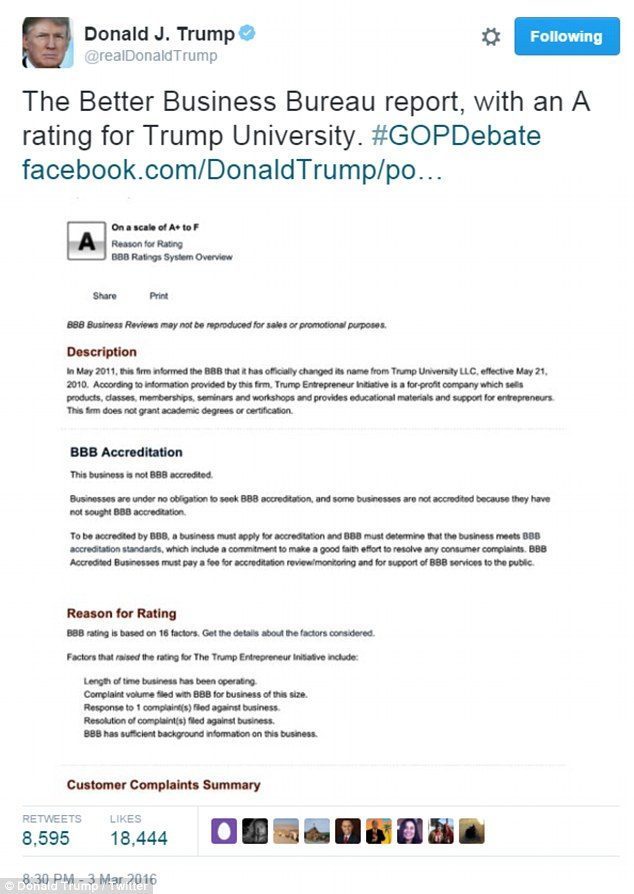 Presently Trump University has an ‘A’ business rating. It is no surprise that  Megyn Kelly failed to acknowledge this rating,  and instead stuck to her own information giving it a ‘D-‘, even after a fax showing the business was at an ‘A’ rating was sent to the debate at the time it was  being questioned. It didn’t fit the agenda.
Dianne Marshall
https://www.youtube.com/watch?v=SCaL8x75TiE
https://www.youtube.com/watch?v=SucArh9PDQI