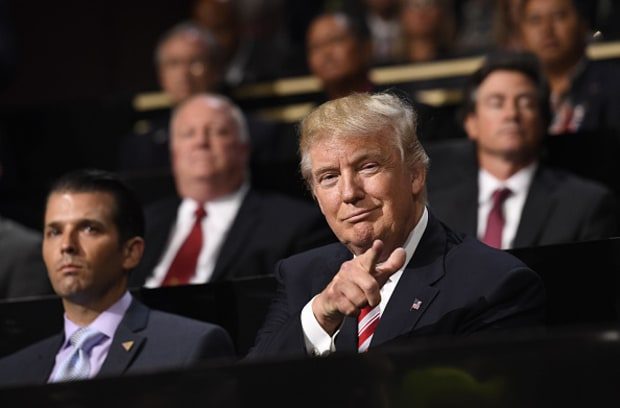 CRUZ committed voter fraud throughout the primaries – starting out by frauding Carson!  He denied voters the right to vote in Colorado by buying off their delegates.  He bought off as many as he could nationwide and when he lost he dug his heels in to try and destroy Trump’s hard earned win and record breaking delegate win and republican voter support by having his never Trump minions shout for a roll call vote. After that attempt was defeated, Cruz went on to pee in the middle of the convention giving a speech that was nothing more than an extension of his voter fraud stab in the back campaign.

Trust me he is not done sabotaging the Republican party.  He thinks he is being clever and snide.  What he has become is nauseating and his senate seat is all but empty.  He will never get re-elected and may possibly be removed from office when it is determined that he indeed is not a citizen of the U.S.  He is not standing up for principles….he is having a temper tantrum like a spoiled kid. But what does he care?  He is of the mindset that if he can’t have it nobody can!  He is now with Hillary….that is obvious.
Dianne Marshall