Remember when the Dems blew the whistle on voter fraud? Where did they get their whistle?

Who told the Dems to push to expose voter fraud and why?

They admit all the various ways elections can be hacked and election and voter fraud is real and it is happening! The Democratic Congress and the Senate both shouted out from the Capitol…but then…just like that, all of a sudden…there is no problem with the machines. Mike Lindell has the proof they said they knew about, why then are then no longer concerned about stopping all the voter fraud they were angry about in 2018?

Since November 3rd 2020,  hundreds of people have come forward to blow the whistle and reported that they personally witnessed a variety of “no no’s” in the vote-counting process. They have seen ballots run through tabulating machines multiple times; “pristine” mail-in ballots; ballots that appeared to have been printed on different paper or filled out by machines — and those are just a few of the “no no’s” that whistle blowers are reporting. the list goes on like dead people who arose to cast a vote then return to rest in peace.

For example in Pennsylvania there were 2,036,041 ballots with anomalies, 923 fact witnesses, and 50+ Courts that blocked an Evidentiary Hearing! Check out the facts on all states for Election 2020, COVID-19 and The Capitol Protests here:  hundreds of people

ALL OF THE INFORMATION ON STATS YOU HAVE BEEN WANTING AND NOT GETTING IS ON THIS SITE…AGAIN, BECAUSE IT IS SO IMPORTANT…THE SITE IS: Here Is The Evidence

And: COVID-19 Evidence | Here Is The Evidence

And: Capitol Protest January 6th | Here Is The Evidence

President Trump has been vindicated all along the way on everything he said. So far EVERYTHING he has said has turned out to be true. So, trust me, he is right on the voter fraud also! We all saw it…and we all have witnessed the corruption in high places, especially the court systems. Yet, we have those that have kept on pressing and pushing to expose the fraud. Sidney Powell and Mike Lindell have put all their might and energy into pushing and working day and night …while many are getting a cup of coffee and saying…they are so tired of waiting to get an answer.

Put yourself in the shoes of those who have been dragged through the mire, threatened…yes threatened. Early on Sidney Powell received a lot of threats and so did her family. She kept pressing forward. The costs to press forward have mounted up and they haven not all been financial…this has been a physically and mentally challenging ordeal but these brave people have shouted all along the way that the Lord will carry them through this and they have put their armor of God on and spoken out about the Spiritual Warfare Battle that this is and never backed down. They are being led to save this nation and they are not relenting, they are not backing down, they are going forward and adding more to their already full plates. They are now pushing to help stop the COVID RESET COUP AND SAVE PEOPLE FROM THE JAB! Sidney Powell has come right out and called it legalized murder! This jab and all who participate in pushing it on people are in violation of the Nuremberg Code and they have continued to violate it with no shame.

REMEMBER WHEN RUSSIA BLEW THE WHISTLE ON THE JAB?

When Russia ran a campaign warning people of the Monkey Vax…it resonated with the same message they made about Obama in 2013 when called him a monkey with a hand grenade. So were they blowing the whistle again or just more fake news? It appears the sarcasm was spot on…the monkey vax is a good name for the non FDA approved FAUCI jabs. Wonder if a mask will save you from being attacked by monkeys too? First you have to find out WHO the monkeys are.

THEN THERE WAS ANOTHER WHISTLE BLOWING ABOUT BIG FOOT VAX…

Was someone trying to show us how stupid the entire vax push was? They already knew what was going on.

STAND UP AND KEEP PRESSING FORWARD…THE WALLS OF FAKE BRICKS ARE FALLING ONE AT A TIME! 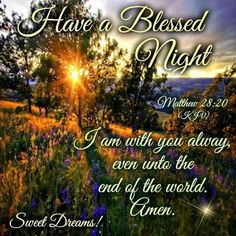 HOW DID PRESIDENT TRUMPS ATTORNEYS “”””NOT”””” SHOW HIM THESE FACTS-HOW DID PRESIDENT TRUMP NOT GET THESE FACTS ON HIS DESK ? the media every day said PRESIDENT TRUMP broke his {OATH OF OFFICE} by breaking the constitutional laws. then showed NO FACTS ON SUCH. the worst part is NONE are doing anything about it ,including trump when his attorneys know about the following :every day the MEDIA slammed trump for things he did not do nor intended to do. NO MEDIA PLATFORM SHOWS ANY EVIDENCEOF THEIR CLAIMS. so this means that the :A.I.G- D.O.J-F.B.I-CONGRESSIONAL OVERSIGHT COUNSEL-ALL B.A.R ATTORNEYS DID NOT SEE THIS DAILY ON EACH STATION-do you mean to say every single judicial official MISSED THIS CRITICAL : slander noun
Definition of slander (Entry 2 of 2)
1: the utterance of false charges or misrepresentations which defame and damage another’s reputation
2: a false and defamatory oral statement about a person
— compare LIBEL
Definition of libel (Entry 1 of 2)
1a: a written statement in which a plaintiff in certain courts sets forth the cause of action or the relief sought
barchaic : a handbill especially attacking or defaming someone
2a: a written or oral defamatory statement or representation that conveys an unjustly unfavorable impression
b(1): a statement or representation published without just cause and tending to expose another to public contempt
(2): defamation of a person by written or representational means
(3): the publication of blasphemous, treasonable, seditious, or obscene writings or pictures
(4): the act, tort, or crime of publishing such a libel
Definition of defamation
law
: the act of communicating false statements about a person that injure the reputation of that person : the act of defaming another : CALUMNY
defamation of character
a defamation lawsuit ?  THEY ALL MISSED THIS INCLUDING PRESEIDENT TRUMP- how many times in the past has trump had to sue someone for the above-MAYBE HE SHOULD START AN INVESTIGATION INTO THOSE WHO DIDNT SEE THESE LAWS BEING BROKEN DAILY. do you think that all of the above are covering for something.how about this: :CORPUS JURIS SECUNDUM VOLUME 7 SECTION 4. TITLE 18 USC 2381 CANNON # 7. MARBURY V. MADISON 5 US 137 OF 1803. TITLE 18 USC 241 AND 242. TITLE 18 USC 4. TITLE 42 USC 1983-1986. this and this alone is the back bone of EVERY PROBLEM in this country and the world today.the slaves are now educated and want answers….

Trump is fully aware and is playing his cards his way. For example: His wife Melania did sue and won.Melania Trump wins $2.9 million in defamation lawsuit against the Daily Mail – HotAir Trump has sued individuals for defamation during his administration, example: Trump Wins Defamation Lawsuit, Judge Orders Stormy To Pay His Legal Fees! (welovetrump.com) The main stream media will not tell you these things. He is presently suing all social media platforms and this will open up discovery to chomp up and shred all the fake news. Trump is smart…he is bringing down hammers you can’t even imagine. Trump sues Facebook, Twitter, Google over platform bans (nbcnews.com) His tobacco lawyers are revved up and ready to go…they are in warp speed….hammer in motion.

Dianne… I know God is in control and I understand that aspect. I read and research but am having a hard time with the players saying wait, hold on, the President is dismantling the cabal. Meanwhile the current fake politicians are daily destroying our freedom. Our southern border is chaos, law and order is a thing of past, using our tax dollars supporting drugs, cartels, guns, human trafficking rape and murder! We can be involved in communities and schools, etc., but right this second we need it to stop! Is there any facts that President Trump is REALLY in action right now to remedy what atrocities that are being committed????? My heart is breaking!💔. Thank you and God Bless🙏

Constance, what we are in the tale end of is ending the Cabal’s system. None of the things we are seeing happened all of a sudden because the election was stolen. All of it we have just been living with. From eating GMO’s. putting toxic big pharma in our body, putting up with a memorizing schools system..Trump finally ended common core…before that there was no child left behind…we had ANTIFA and BLM way before Trump took office. We ignored it. We watched war on terror under Bush and Obama…we ignored it. We had high gas prices under Bush and Obama…we ignored it. We had Big Pharma and vax jabs before Trump, we ignored it. We allowed our babies to be immune compromised giving them vaccines at birth, when a newborn needs 30 days before any interference with its immune system for it takes 30 days for the baby to form its over 3 million natural immunities on its own. (that number is from a medical text book for surgeons) Today the internet is flooded with new ideas and false concepts on immunity and fad birthings. Even eating the placenta. So that has all gone ya ya land. Vaccines at birth interfers with the newborns natural process of developing its own natural vaccines. That is a fact. So what are we going back to? The only way out of the evil is to go forward and get rid of the entire infiltrated system from banking, food, pharma, education/propaganda, fake news, social media spying, economic manipulation, man made false flag wars, stolen elections, corrupt court systems, child and human trafficking, child organ harvesting, blood drinking, cannabalism, crime, deep state corruption, high taxation, and anything I forgot to mention. The progression of the deep state cabal had reached its pinnacle and they are head strong to RESET. They were reset focused since the formation of the United Nations Sustainable Development for the 21st Century for a New World Order (as always listed on their website and in their nation building laws) since day one…also known as Agenda 21.They had merely reached the point of forcing it on us with their Lockstep plans to RESET brought about by COVID-19. There is no going back. There is only going forward. So we are going forward. Sorry but that is the truth and the facts in a nut shell.

God be with each one of us…and all on the front lines pushing through a corrupt legal system. We will win. It is Biblical.

two times today I have read UN units are in Utah, along Canadian border and North Carolina. I feel unnerved that it might actually come to armed revolution, not for me, but my grandkids, the over 1200 first graders I taught for 42 years and their families. I rebuke satan everyday and ask Our Lord to help me reach all that do not know Jesus. My purpose is that. I appreciate that you have allowed Jesus to guide your heart with words of wisdom. I feel deeply our President Trump is also His tool! Bless you!

Thank you and faith and prayer is what all who are pushing depend on. Might is only as strong as one’s faith for it is the Lord God who slays the giants!

You have summed it up very well.
When we review the great changes in the Bible, God set things up so there was no going back.
There was nothing left in Babel, Sodom and Gomorrah, Egypt, the whole earth after the flood or the world Before Christ. We began counting again at 0 after Christ. We are now in 2021 AD.
We finally reach the end of a perversion of God’s world and we can only go forward from there.