Trump And Putin Called For A Purpose! - The Marshall Report Skip to the content 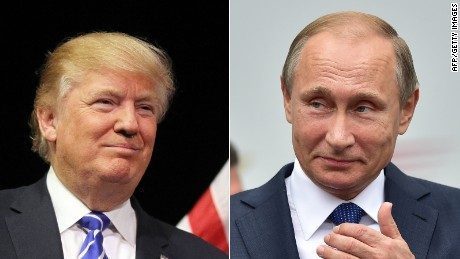 It is not by chance that Vladimir Putin has stepped out to rid the world of Christian persecution by ISIS and the New World Order Establishment.  It is not by chance that Donald J. Trump has stepped out to rid the USA of the NWO establishment agenda, defend Christians, and build a wall!
The Lord works in mysterious ways, and let me tell you he is working right before our eyes.  This is not just an election.  This is a separation of those who want righteousness to reign and those who want to continue in lawlessness.  I compare it to a final separation.  A final calling out before there is no turning back.
The odds that two men who didn’t know each other personally, have stepped onto the world stage with the same goals to protect, and restore their nations as well as rid the world of a doomed agenda is most unlikely.  Yet it is being done.
I hear a lot of conservatives still wanting more of a pastor type president.  I have to say that narrative is wrong.  Plain wrong.  The Bible is clear that those called are called for their ability to do the task set before them.  In the case of kings, scriptures show us that the kings would consult the prophets in answer to difficult questions.  It was the prophets role to advise the king when called upon.  Prophets were not kings and kings were not prophets. Each have their role, their calling.  America needs a strong, wise leader with a heart that strives for truth.  Trump fills the bill.
I am content with having a strong, loud, firm, wise and proven international business man to lead the charge in the battle against the establishment.  A man who is not bought, who stands for what is true and is perceptive and cunning against the enemy.  There is only one who owes no  donor a dime. That one is Trump.  There is only one who has the experience in dealing with corporate vipers and banksters.  That one is Trump. There is only one who has the energy, passion, drive and heart to stand against those who desire to re-form America.  That one is Trump.
In the GOP and NWO establishment battle to down Trump, it has become clear they are threatened by the man.  Why?  They  use the lame excuse they are worried of a Hillary presidency if Trump is the candidate. What a lie.  It is obvious that no thought has even gone into  the democratic candidate list this season.  None at all.  Remember they planned a Bush against Hillary campaign and now that is gone.  So who will they pit against Trump?  Isn’t anyone wondering why the focus is on destroying the GOP front runner and nothing at all focused on Hillary?  Bernie?
It is because they are worried about a Trump presidency.  A presidency that will restore America and make her great again. So great the new world order elite will be knocked off its base. Border control, jobs, strong military, reversal of executive orders, in short – a restored America. An end to their chaos leading to a North American Union and NWO.
Add a Trump/ Putin created coalition of the USA and Russia to rid the evil ISIS and corruption done to sovereign nations and you have PANIC within the establishment itself.  Big panic.
Therein lies the problem for those devising evil and the solution for those who desire to do good in the world.  I stand with Trump.
Dianne Marshall